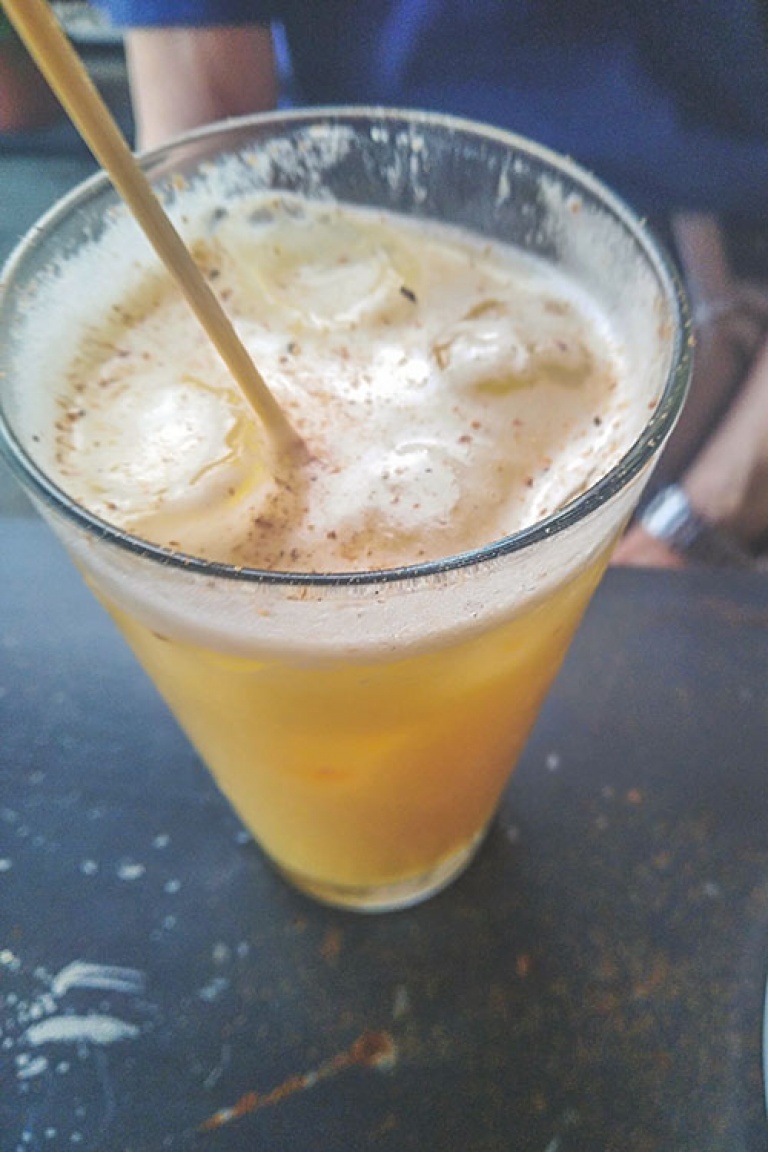 The Painkiller cocktail is one of the most sumptuous and enveloping drinks you can find in the world of mixology: it is velvety but at the same time sharp, warm, but with a refreshing vivacity. It flows smoothly on the palate, caressing you with luxurious softness.

Let’s see the ingredients of the legendary Painkiller cocktail: pineapple juice, coconut cream, rum navy strength, orange juice and a final sprinkling of nutmeg. The most attentive of you will have noticed that this fabulous drink, is a variant, or rather we should say an enhancement, of the dear old Pina Colada cocktail. And in fact, it is just like this it’s a more spicy and beefy Pina Colada, an old-style drink, very different from the stylized cocktails that are trendy today, not to mention the ridiculous “IBA recipe” of the pina, with little alcohol and no lime, a castrated version.

Actually, the rum used to make the Painkiller cocktail should be the British Navy Original Pusser’s Rum, the official rum of the British navy until 1970, part of every soldier’s daily ration: 1/8 liter for every sailor, this was the dose of this rich and spicy rum from Trinidad. If you want you can use a simple dark Jamaican rum too. Fun fact: rum quality control was once carried out with gunpowder. Gunpowder was soaked in rum and then lit up to test it: if the rum is gunpowder proof it would light up, if instead the rum was watered down it would not light up and the violence would have started…

Ingredients and doses for making the Painkiller cocktail

How to make the Painkiller cocktail

First of all, use fresh, and not industrial juices full of aromas and sugars, so get yourself an extractor with which you can make real pineapple juice. One slice is enough.

Squeeze the lime and strain the juice.

When the juices are in order put them in a shaker with ice, pour rum and coconut cream, then shake vigorously for 15 seconds.

Pour into a tumbler glass or even better a hurricane, filled with ice. If you want you can also use crushed ice. Never make a frozen, it’s not a frozen cocktail.

Then the most important ingredient: sprinkle with copious nutmeg and serve the remedy of many ills, better than paracetamol suppositories for sure.

Rum cocktails you should try