Rum, Rhum or Ron? All you need to know about the legendary sugar cane distillate 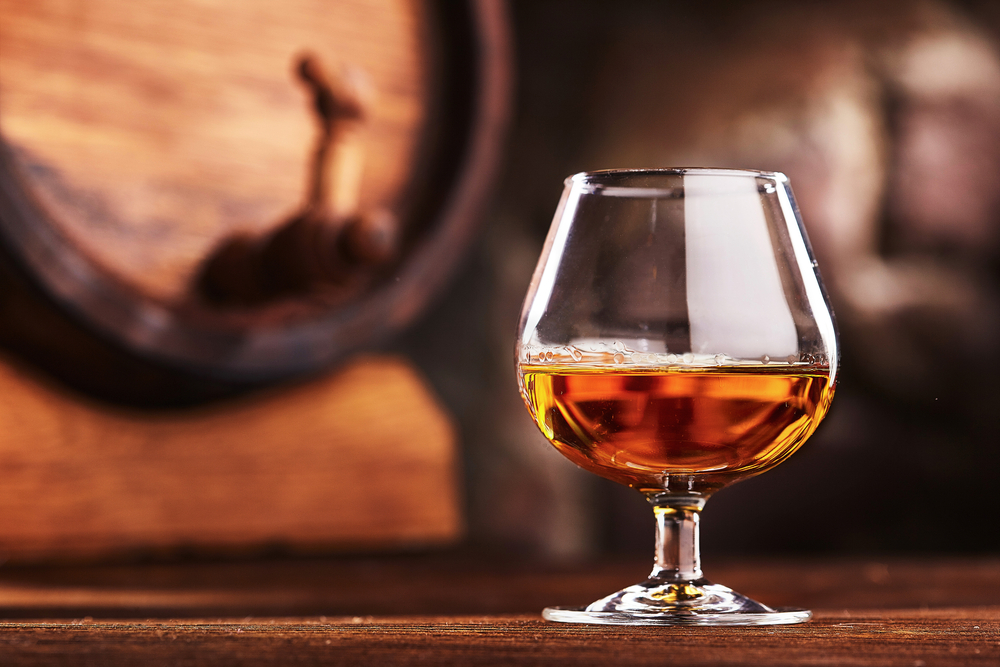 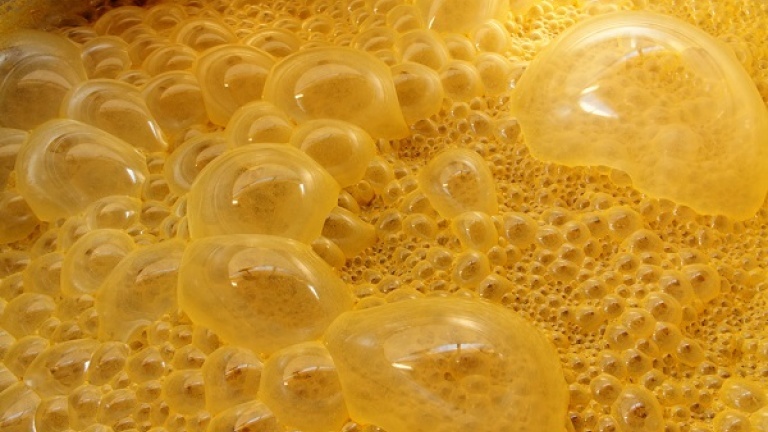 Molasses is the waste from the processing of sugar cane to make refined sugar, so the finest raw material has already gone. In practice, the molasses is good only because it has sugary matter and a vague memory of what once was cane juice.

What are the ingredients of rum and how is it produced? 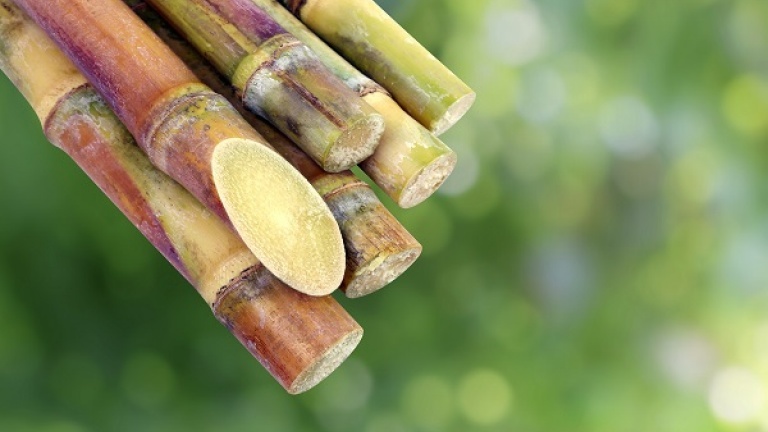 The sugar cane is planted, grows for about 1 and a half years and then is cut and brought to a sort of mill, where the canes are crushed by large wheels of stone or metal. The juice is collected and then there are two roads. If you ferment and distill “everything” we can get the agricultural rum from pure cane juice. Or we can boil the juice in large copper pots several times until the sugar solidifies and then is extracted, refined and turned into powder sugar. The rest, molasses, is mixed with water and ferments through the inoculation of chemical yeasts and then is distilled as the whiskey wash.

One of the few molasses rum that does not use chemical yeasts is Jamaican rum. Cuban rums like Havana are standard and studied spirits, made with a series of yeasts that always give the same flavor. It is not distilled and then bottled, but the various batches of distillates are assembled, because all the millions of bottles of Havana must have the exact same flavor.

We are not saying this to criticize Havana or Bacardi, it is a fact, a stylistic and commercial choice.

What is agricultural rum and how is it produced?

In the agricultural rum, we have a more artisanal approach and production, because it is made in small-batch and the protagonist is pure cane juice. The must of pure can juice, called vesou, obviously ferments, then is distilled with copper stills, even twice: heads and tails are of course eliminated. It does not differ from other spirits: the method is always the same, a very sugary must is fermented and then it is boiled in a bain-marie, or over a fire, to evaporate the alcohol of the must. In this way nothing is created or destroyed, it only happens that alcohol and water separate. The alcohol vapors rise in a coil, which is cooled and so the steam returns to the liquid state, but much more concentrated. The distilled product is then placed in wooden barrels and thus begins the aging in cask, but here opens up a world and every distillery, each Caribbean island follows its own recipe and traditions.

This is a broad distinction, but to understand the world of rum, before moving on we must make a territorial distinction, because you will find three words, three names. Rum, which comes from the English colonies. Rhum, from the French ones and Ron from the old Spanish possessions. Each one is different, even in its own typology.

Where was rum born? Here are the various types of rum-based on the country of production

Rum was born in the Caribbean islands, when the cultivation of sugar cane explodes in the colonies, thanks to the work of slaves, who allow an almost industrial production at no cost. The first rums were very raw, high-grade brandies, with an undrinkable flavor, thanks to the monstrous sugary concentrations of molasses.

Rum: is made in Jamaica, British Windward Islands, Barbados, Saint Kitts, Trinidad and in the area of ​​Demerara in English Guyana. Obviously, both the stills and the process follow the great Scottish, and Irish, whisky tradition.

Rhum: born from the Cognac tradition. And here at least the French government has regulated names and labels with a specification. Yes, because you may not know it, but rum means total chaos, a wild far west. Even a Shanghai distillery could produce rum for absurdity, there are no laws that protect the quality and the consumer, but neither the producers…

If we want to outline the main types of rums here are some indications, not exhaustive.

The Cuban Ron is the lightest, is filtered and clarified, has soft flavor and is never too intense or intrusive, therefore it is excellent for mixing cocktails with fruit juices, especially lime and maracuja.

The Jamaican rum is strong and rude, dark, spicier, you can drink it smooth, but you will find it in many complex and full-flavored cocktails like Mai Tai, Dark and Stormy or the Planter’s Punch.

The Demerara rum is very strong, pyrotechnic, at times rough and wild like the island covered with forests in which it is born, but when it well made it is fabulous. Spices, tobacco, vanilla, caramel, mint, paprika and a thousand other suggestion will seduce your nose. It is born in British Guyana, along the banks of the Demerara River. The El Dorado is the most famous, just to tell you the name of a historic distillery and a reference point.

The so-called A.O.C. Martinique Rhum Agricole is the only one that can boast of the AOC and draws inspiration from the disciplinary of Cognac. Do not forget that the island is a French territory, it is considered Europe. The specification establishes which types of sugar cane can be used and where is the density of the plants. The agricultural rhums produced here are intense, sharp, rich in complex and oxidized notes. The spiciness is moderate, it points to finesse and not so much to the muscles. J. Bally, Clement, Neisson, J.M., La Favorite are all interesting distilleries.

The rum of Haiti is a constellation of hundreds of small distilleries and is a wonderful product, but with a thousand faces. It is difficult to find a common thread, but we can easily say that the spirits of all these bouquet distilleries are splendid unique products. The Clairin Sajous Rum distillery Chelo, for example, is a masterpiece of a small reality, a pure product, of crystalline beauty.

Rum Don Papa is another oriental rum, it comes from the Philippines and is characterized by a very intense and sweet spiciness, the vanilla scent is super strong, but is not bad when mixed for making tropical cocktails.

The history of rum

It seems a contradiction, but the sugar cane and the various distillates already exist before Columbus discovered America. In fact, the sugar cane was imported into the Americas at a later time, when they realized that the climate was perfect for its cultivation.

But let’s say that rum is born and develops in the Caribbean. And rum was a fundamental part of the daily diet of sailors, slaves and settlers. Think of the Planter’s Punch, the sugar cane grower’s drink. It is closely linked to the history of the Caribbean and South America, our imagination is studded with pirates who drink rum and seek treasures. But it was also a way to tame large layers of the sugar-producing population of the colonies. But not only that, before the American whiskey (bourbon) took off, rum was also drunk in the northern English colonies. It would have been crazy not to use all that molasses… even if the rum of the good old days had to be a broth at the limit of toxicity and it was very different from the products we are used to today.

And all this brings us to a final consideration: why are rums not defined and regulated to enhance the best areas and create clarity for the consumer? Is there a strong link between rum and territory? Almost, we could speak about a rum terroir, but, unfortunately, many are the industrial products that do not reflect very much the characteristics of the land of origin. As long as we talk about agricultural rums, especially the French from Martinique, we can go easy, but the Cubans we usually drink are too standard and flat.

But then reversing the discussion, if we examine Havana rum, we can say that its bland personality is perfect for making cocktails like Daiquiri and Mojito. And in fact, on the mixology front, we can say that the discourse of industrial rums still goes on without problems. And maybe that’s why they don’t want to create strict rules to be respected.

As you can see the world of rum, ron or rhum (call it what you want) is very deep but fragmented: you just need to start tasting and making comparisons. Experience in this field is everything.

What are the best rum cocktails?