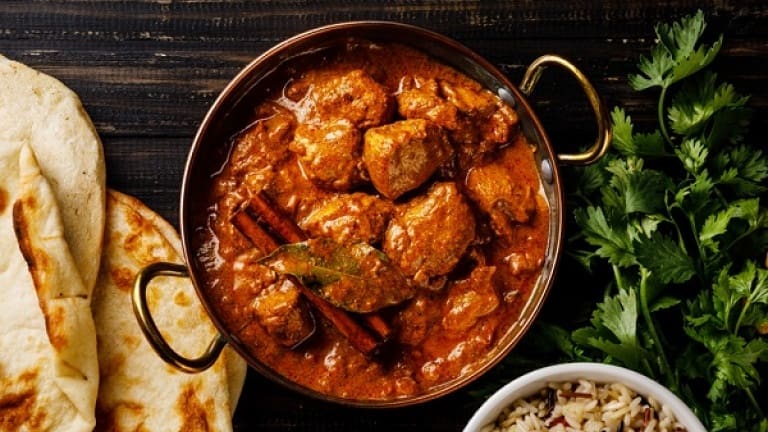 Many doubts, urban legends, eerie ghosts still hang over Indian cuisine. And if you search among the cooking websites, the panorama is depressing. Curry chicken with apples, ingredients mixed in an arbitrary and barbaric manner, as if they were the magic powders of Madam Mim in the throes of an attack of convulsions.

And when it comes to Indian cuisine, chicken tikka masala is one of the most controversial recipes. The dish is simple: tandoori chicken seasoned with coconut milk or yogurt or cream, tomatoes, spices, and masala.

We open a small parenthesis on the various spices we call curry for convenience. I invite you to grind, dose, and savor the taste and scent of each spice. The curry itself does not exist: it is a mixture. And the beauty of Indian cuisine is the symphony of these spices that dance on the plate.

The chicken tikka masala recipe is controversial because the city of Glasgow boasts the birthplace of this recipe that is said to have originated in Scotland and then moved to India. The Indian cooks, in turn, claim the authorship of the chicken tikka masala, and so the querelle has become a matter of national pride that kindles the spirits.

How to prepare the authentic Indian chicken tikka masala

First of all, we will melt the ghee in a large frying pan. Add the chopped garlic and the chopped (and seedless) chili when it’s hot. Fry gently for 2 minutes, then add the cumin, paprika, season with salt and pepper, and cook for about 40 seconds. Be careful not to burn medium flame. If you don’t have ghee, use olive oil, it’s not the same thing, but it’s not a tragedy.

Add the tomatoes and cream, which you can substitute with Greek yogurt, and cook gently for 15 minutes over low heat. Remember to mix often so that it does not stick to the bottom of the pan.

While the tikka masala cooks, let’s take care of the chicken. Remove the skin and bones of the tandoori chicken and cut it into small pieces.

Taste the tikka masala, correct if necessary, and then dip chicken pieces in the sauce. Stir carefully and cook over low heat for 6 minutes, with the lid on. That’s all. 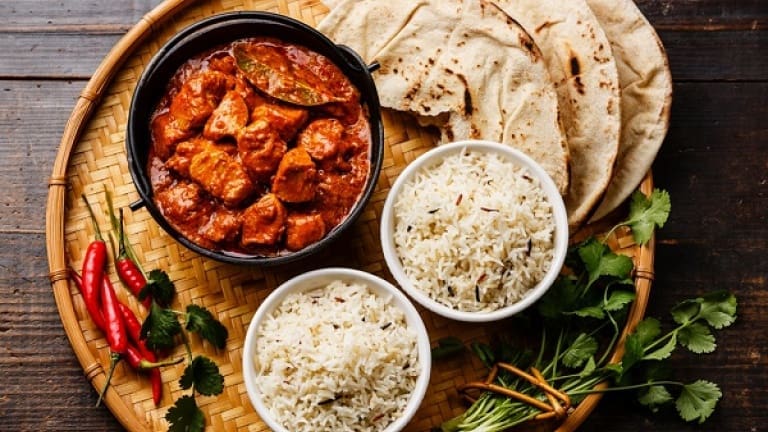 We choose a fresh and frizzy Lambrusco di Sorbara: the bubbles will help you to clean the palate without clashing with the masala.

If you want to pair a cocktail, the delicate and fresh touch of Daiquiri is highly recommended.