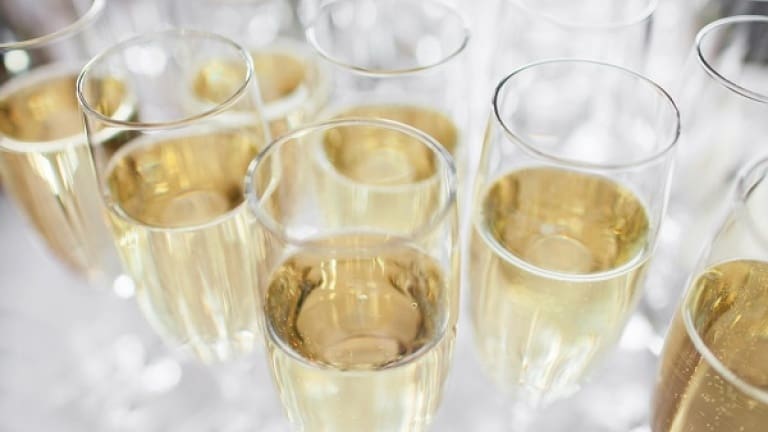 Prosecco is the best-selling sparkling wine globally, a sparkling wine with delicate aromas of flowers and fruit, a lively, undemanding drink with a light structure and great pleasure. But the million-dollar question is… Is Prosecco a great Italian wine?

Maybe. Is it a great wine because it sells millions of bottles, so it has become a cultural phenomenon rather than a simple wine? Or is the opposite true, that if a wine sells too much, it is a mass product and is not a good wine?

What are the characteristics of a great wine?

Structure, elegance, persistence, longevity: quite the opposite of Prosecco.

But if a wine is the quintessence of conviviality, it’s simple, immediate, irresistible, and perfect to accompany an infinite number of dishes, then is it great?

Prosecco is not a methode champenoise wine, is not spumante metodo classico!

Great certainly not, however it is a wine that must be considered for what it is: a simple, lively, fruity and pleasant, unpretentious wine. The classic convivial ice-breaker, to be used to make cocktails or drink with fried fish. If you don’t ask for the Moon, you will be ok. But perhaps all this confusion comes from the fact that we often compare Prosecco to Champagne, Franciacorta, Trentodoc, Oltrepò Pavese, when in reality Prosecco is light years away and doesn’t even want to mimic these wines, making comparisons would be useless. Different production methods, different grape varieties, different terroirs.

Glera, who is this stranger? 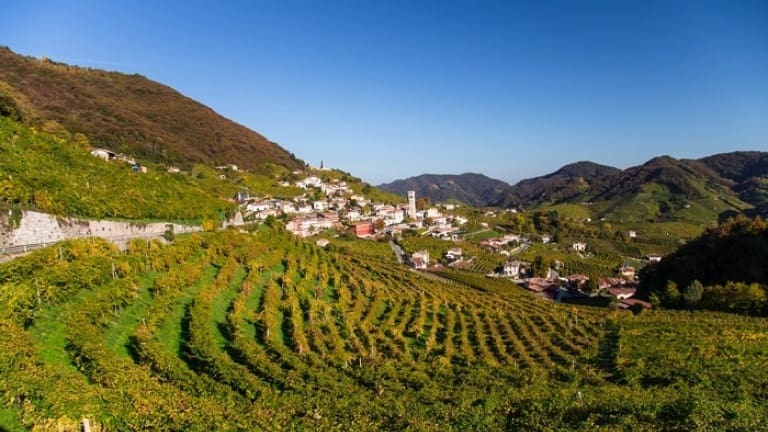 The grape used to produce Prosecco is Glera, an ancient vine of obscure origins known since 1500. It’s a semi-aromatic grape variety: it means that it is fragrant and very recognizable, especially for its floral notes, but not as strongly as Gewurztraminer, to name the King of aromatic wines.

By rules, it must be made with at least 85% of Glera. The rest could be other white grape varieties such as Verdisio, Bianchetta Treviso, Perera, and Glera Lunga, more rarely Chardonnay or Pinot grigio/Bianco. The known biotypes are: Prosecco Balbi, Prosecco dal peccol rosso, Prosecco lungo, Prosecco tondo.

How is Prosecco made?

Before the industrialization of Prosecco, it once existed and exists right now for Prosecco colfòndo, made with a second fermentation in the bottle.

The so-called ancestral method, the French pétillant naturel, is also used to make artisanal Lambrusco, the real one.

In practice, you harvest the grapes when they are not too mature to preserve their freshness, then crash and let it ferment, but not entirely, because, with the arrival of winter, yeasts go in “hibernate” mode so that you can bottle the wine.

The sugars that have not yet been transformed into alcohol by the yeast wake up as Spring comes back and begins to work again, eating the sugars and creating carbon dioxide resulting from the transformation.

If all goes well, and the bottles remain in a dark and cool cellar, yeasts can complete their mission successfully, giving us great wines. Otherwise, the bottles could explode.

And this is the old-fashioned way, a more natural way of making wine because you can’t control the wine or make any changes.

Otherwise, you could use the classical Martinotti method. It’s a fascinating process, but different, in a nutshell: you put the wine in a large autoclave, add selected yeasts and leave the wine to ferment for 20 days.

The wines are cleaner, crystalline but with more standard features, always ensuring the same product without the unpredictability of the second fermentation. 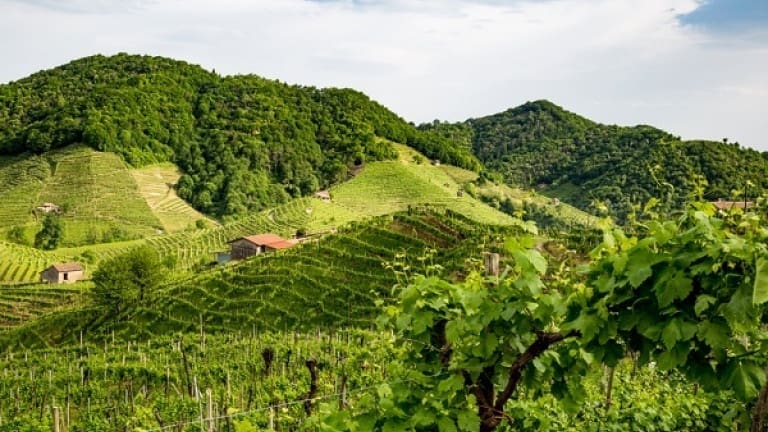 Prosecco DOC is at home in all Veneto region (except the provinces of Rovigo and Verona) and all over Friuli Venezia Giulia.

Prosecco DOCG is restricted only to wines made in Conegliano, Valdobbiadene, and Colli Asolani, a lovely area punctuated by hills in which you can find the best cru. Prosecco’s DOCG are Prosecco of Conegliano and Valdobbiadene and Prosecco Colli Asolani, in theory, the most suitable areas, those with the best exposures and favored by higher altitude and an ideal microclimate. The situation in Conegliano and Valdobbiadene is very different from the gloomy panorama of the “plains”: the yields in the vineyard are more contained, there are few patches of forest still here and there. In short, here, the production has not yet been turned into super-intensive cultivation. And now that Conegliano and Valdobbiadene’s winemakers have achieved notoriety, in a very opportunistic and astute way, they would like to abandon the name Prosecco, which, unfortunately, links them to thousands of other wine factories, when they instead consider themselves “winegrowers.” Their wine will certainly not be a low-level industrial wine, but it is still a Prosecco. It is too easy now to deny its origins. If prosecco has become a global icon and a sales champion is due to avid industrial wineries such as Cantina Produttori of Valdobbiadene Val D’Oca, which produces 13 million bottles, including the highly prized Prosecco Colli Asolani and Valdobbiadene Prosecco Superiore DOCG.

The big problem with prosecco is its success, which has cannibalized small producers, the true backbone of Prosecco production. To chase the gold rush and sales, the DOC and DOCG wines exploded, and smart industrialists infiltrated a peasant fabric, transforming an agricultural product into a bargain, trivializing prosecco with ridiculous dosages (sugar) that castrated it. The industrialization of prosecco caused a profound dramatical loss of quality. Now it is the most sold sparkling wine globally, all done in the hills, of course. Try to taste the delicious Prosecco di Casa Coste Piane to understand the authentic flavor of prosecco: it is a razor that cuts your tongue, but with a charming rhythm, very different from the other sugared beverages made in Proseccoland.

As a small historical note, it seems that Prosecco’s name derives from the homonymous town in the province of Trieste.

To not miss: Cartizze, an enclave of just over 100 hectares (107), in San Pietro di Barbozza, always in the municipality of Valdobbiadene, softened by a slight residual sugar that makes this sparkling wine a little gem, also suitable for matching with cakes, tarts, and tiramisu.

Prosecco offers a mild and gentle bouquet with pear, peach, apple, white flowers, and classic baked scents. The palate is fruity, fresh, with a measured and savory rhythm and a tantalizing perlage.

The Colfondo Prosecco is a whole different story. Yeasts are more pounding and make the wine more expressive, full, vibrant. Often turbid and with more pronounced and mature aromas, often intertwined with rocky notes, ginger, and pastry reminiscences. A Martinotti Prosecco has a sharp vertical evolution that ends in an almond finish. Colfondo Prosecco expands itself in all directions, like a slow tide.

Like any self-respecting sparkling wine, Prosecco should be served at a temperature of 8 degrees to enhance its freshness. Remember that lower temperatures enhance the harsh notes (freshness and saltiness) to the detriment of the aromas.

Remember that Prosecco is a thin, unstructured wine, so it is excellent for aperitifs, fish, appetizers, street food in general, and also some delicious Thai food, but do not overdo it. Try it with stuffed and fried olives from Ascoli, paella, parmigiana ravioli, spaghetti with clams, chicken tikka masala, Chicken Cacciatore, Vitello Tonnato, truffle risotto, pasta alla carbonara, paccheri stuffed with swordfish, tagliolini with squid, marinara risotto, risi e bisi.