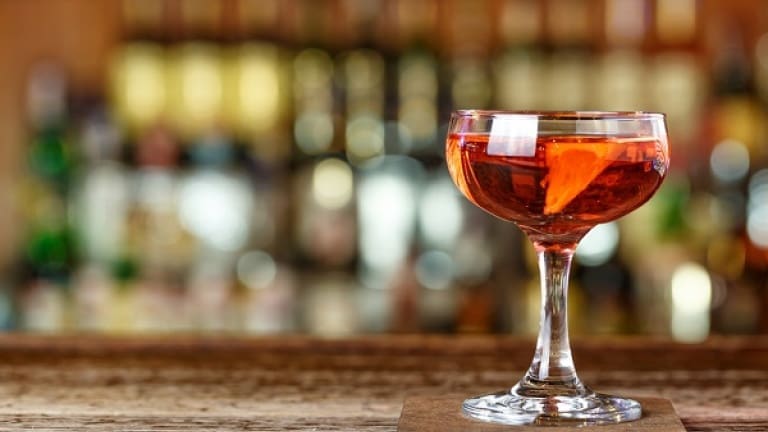 El Presidente cocktail is one of the great Cuban drinks that made the history of mixed drinks. It is an intense, rich drink with an incredible enveloping flavor, where Caribbean and aromatic flavors come together in an endless whirlwind.

Let’s see immediately the ingredients of the El Presidente cocktail: first of all the distillate, that is the rum, which must be clear, graceful, fragrant and not too rough. A Cuban is fine. Then we have the aromatic part with orange curacao, the Caribbean liqueur made with bitter oranges and dry vermouth. Also in this case try to use two intense, spicy and full of herbaceous references. It is not a cocktail to be taken with gloves, but you have to be daring, to soften this nectar there will be two drops of grenadine, as a sweetener.

The inventor is the legendary bartender Eddie Woelke or at least that’s partly true. The cocktail was invented in honor of President Mario García Menocal in 1910 and was perfected in 1919 by Eddie Woelke when he settled in Cuba as a bartender.

There was then a second modification by the next president, Gerardo Machado, who wanted his version of the El Presidente cocktail and so added a small dose of orange curacao to personalize the drink.

And so we can say that the cocktail is the son of both presidents, with the blessing of the good Eddie.

To add a shadow of mystery and some doubts, we tell you that in Harry Craddock’s Savoy cocktail book, published in 1930, there is a cocktail simply called President cocktail and is made with orange juice, grenadine and Bacardi rum. Many derive the recipe from the legendary Harry.

How to make the El Presidente cocktail

Put all the ingredients in a mixing glass with ice, stir for 15 seconds and then pour into a well-frozen martini glass and decorate with a maraschino cherry or orange peel.

Other great cocktails to try as an aperitif