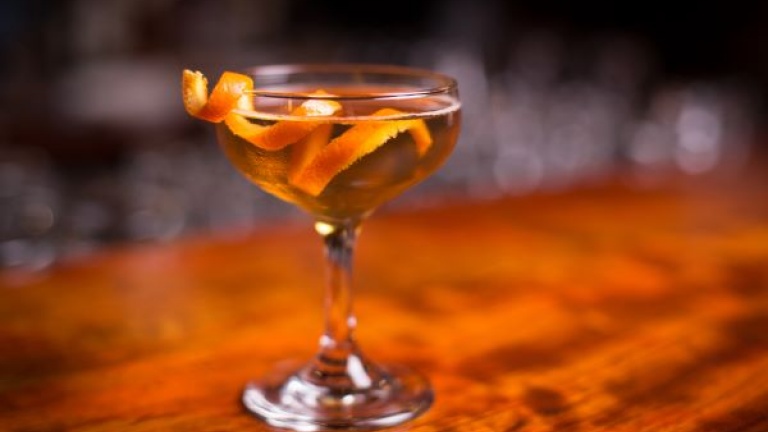 Bamboo cocktail: the original recipe with sherry and dry vermouth to make a legendary aperitif

The Bamboo cocktail is a legendary drink, an aperitif cocktail that has marked the history of mixing, even if its recipe is very simple. All you have to do is mix sherry, dry and sweet vermouth and possibly add two drops of orange bitters. As you can see it is one of the few cocktails that do not contain spirits, but only wine and two drops of bitters. But the question is not so simple: there are no official recipes of what has perhaps been one of the most imitated, modified and falsely attributed cocktails to various bartenders.

Let’s say right away that its legitimate father is the Adonis cocktail, born in the distant 1884-87, in the wake of the success of the musical of the same name, even if the difference between the two cocktails is remarkable in terms of taste. In the Adonis, we find only sherry, sweet vermouth and orange bitters, while the Bamboo cocktail plays much more on dry vermouth, which adds herbaceous and medicinal flavors. However, many add syrup or possibly triple sec to correct the bitter taste of dry vermouth or add more sweet vermouth.

In short, ordering a Bamboo cocktail will not give you the certainty of always drinking the same drink, also because it is enough to vary the doses of dry vermouth to upset the drink.

History of the Bamboo cocktail

The first news of this aperitif drink dates back to the late 1800s, in 1886 when its name began to appear in various newspapers. The drink was immediately successful and the paternity of the drink is attributed to Louis Eppinger, a German bartender who works in San Francisco, the same city where the Adonis cocktail was born a couple of years earlier. To give us this news is William “Cocktail” Boothby, who in his book, The world’s drinks and how to mix them, reports the first written recipe of the Bamboo cocktail, citing Eppinger as the author. In this case, the recipe calls for equal doses of sherry and dry vermouth, 2 drops of orange bitters, two drops of Angostura and lemon peel squeezed on top. To be served with an olive.

Even the immortal and ruddy Harry Craddock, in his 1930 recipe book, The Savoy cocktail book, reports the recipe, but much simpler and more balanced, one of the most enjoyable and successful. Sherry and dry vermouth and sweet vermouth in equal parts.

We do not yet know who invented this historic cocktail, some newspapers also talking about an elusive Englishman, who would have invented the cocktail, but the spiritual father is certainly Eppinger, the bartender who may not have invented it, but made it immortal. surely.

How to make the Bamboo cocktail

Pour the sherry, dry vermouth, orange bitter and angostura into a mixing glass full of ice and mix gently. Pour into a well-cooled cup, squeeze over the lemon peel and serve an amazing aperitif.

Other great cocktails to try as an aperitif