Gin guide: all you need to know about this mesmerizing distillate 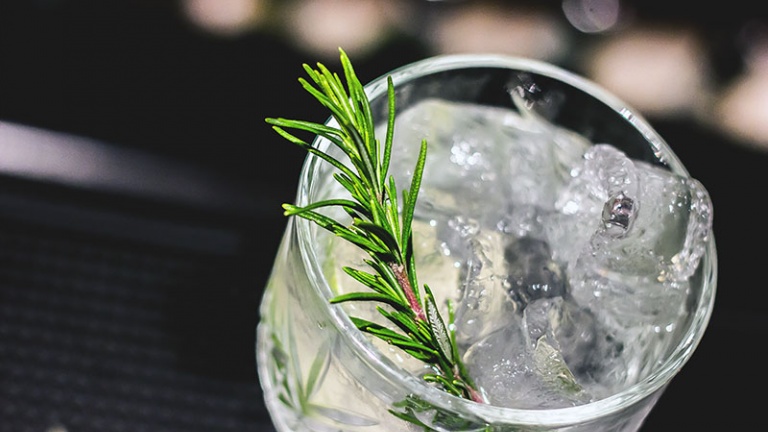 What is gin? Simple answer: gin is a distillate of fermented cereal must, usually corn, wheat, and barley, which is flavored with juniper, spices, citrus fruits, flowers, berries and various ingredients chosen by the master distiller: the so-called botanicals.

In recent years we are experiencing the Renaissance of gin, it is the spirit of the moment, there is an incredible ferment, we are invaded by rivers of new gins that continually come out, all particular, made with ever more unusual botanicals. 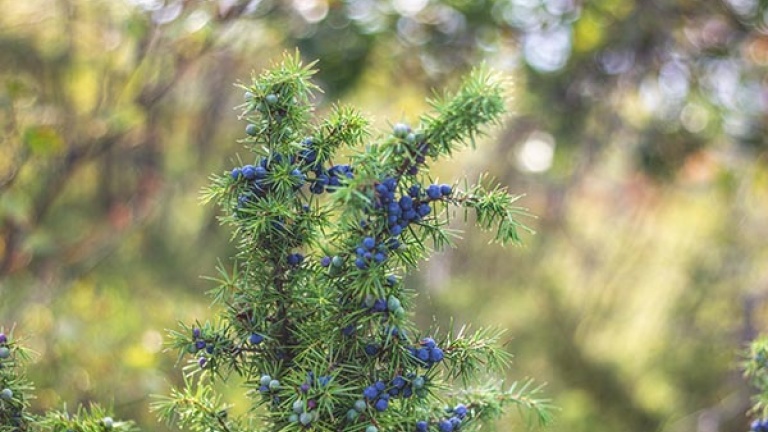 But in reality, they are not “weird gins”, rather the gin is binding to many territories and to the imagination of the most gifted distillers, who manage to find exciting combinations. And this leads us to think that gin is an alchemical masterpiece, it is the distillate that is the most iridescent, the one that can be manipulated and sculpted by the creativity of those who make it. And its stateless nature makes it perfect for enhancing some unique botanicals: just think of some great gins like the Death’s Door, renowned for the absolute quality of the grain with which it is made, the Aviation which is a perfumed garden, but also Italians gin like the Roby Marton’s gin made with licorice or the Primo gin, flavored with Cervia salt.

If gin has been the most battered and cheap distillate for centuries, that which has nourished the dreams of entire generations of proletarians since the 1700s, today it has become a shining swan, one of the most dynamic and elegant distillate, so much so that you can drink it smooth, not necessarily mixed with other ingredients.

History and origin of gin 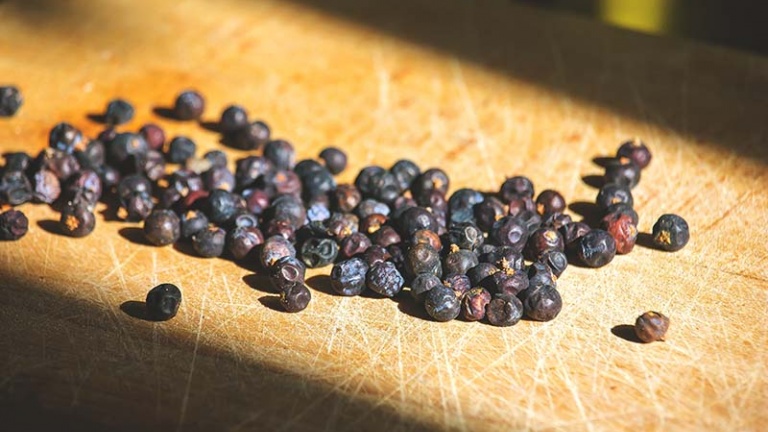 And with the return of gin, we talk a lot about his story, the origin of gin, how and where he was born. Everything starts from the monks, as they always did to preserve ancient knowledge and to make the first distillation tests with alcohol and juniper. Certainly, their experiments were an attempt to create a therapeutic oil with juniper, a renowned anti-inflammatory known since ancient times for its beneficial virtues, not to make booze. And it seems the monks of the Amalfi coast have made the first experiments, but this case of serendipity does not start the rise of gin as a distillate: but it is only thanks to their fervid curiosity that culture and the arts have been preserved.

We have to wait many centuries, until 1600, when Dr. Silvius created his Genever, a distillate of alcohol and juniper essential oils, which immediately gained incredible success as a tonic and medicinal, so much so that it was also prescribed to Dutch sailors.

But the Netherlands at the time was one of the crossroads of the world and as soon as the British met Genever, they fell in love with the first sip and adopted the Genever, which first became Geneva and finally Gin. From a miraculous remedy, it became one of the most popular drinks of the history of humanity: its growth so much that in 1751 Gin was taxed, to limit frauds and alcohol abuse.

Birth of the London Dry Gin

From that moment the first distilleries arose and a precise style of gin emerged, which later became the London Dry Gin. The basic distillate made only with juniper was raw and too pungent, so, thanks also to the abundance of Indian spices, let us not forget that the English conquered half the world, other botanicals were added, such as cardamom, pepper, citrus fruits, and coriander.

It is curious to note that English inventiveness and curiosity (thirst?) are often triggering the great moments in the history of spirits. Think of Port wine, Marsala wine, gin, whiskey, bourbon whiskey, but also Bordeaux wine and Champagne, there are always English customers and traders behind these small alcohol revolutions. So, God bless England we can say! And are you ready to visit a gin distillery?

How to make gin?

Let’s see how gin is produced. Formerly, the first cereal wash was distilled and then distilled again. But during the second distillation, the vapors passed through “baskets” in which there were the botanicals and so became impregnated with essential oils.

Today instead it is preferred to macerate the botanicals directly in alcohol before the second distillation takes place. This flavored alcoholic mass is heated and distilled a second time, head and tail are obviously discarded and the vapors then condense in the refrigerator. At this point we have our beloved distillate, the gin is ready and can be bottled unless the master distiller deems a period of aging in wood necessary. Barrel aging is a rare practice for gin, but lately, it is becoming increasingly popular to offer complex and even more nuanced distillates.

The distillation of gin 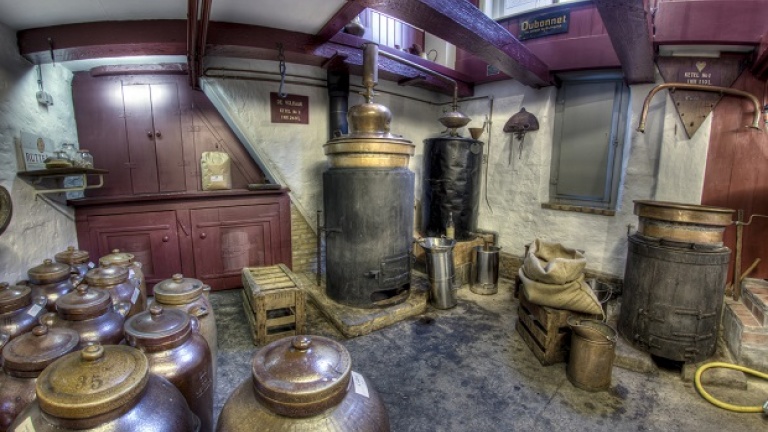 The distillation takes place in copper stills that can be discontinuous for smaller and more valuable productions or with continuous distillation, like the Coffey still, which is proving very valid and efficient, especially when high quantities of product are at stake.

Gin is a resinous distillate, intense and peppery, with a strong ethereal charge that beats hard. Spices, ginger, cardamom, flowers and citrus fruits arrive later, round off and soften the abrupt masculinity of gin. Even the most refined and elegant gins are never soft or redundant. It is a distillate that has not lost its soul of steel, in the mouth is sharp, pungent and with aromatic tones that push on the palate. Certainly, it is no longer the turpentine water of the past and everyone tries to make a more velvety product, but do not expect softness or roundness.

The botanicals: the DNA of gin

As mentioned the botanicals vary according to the needs and preferences of the producer, however, there are some recurring ingredients that you will often find and are responsible for the classic fragrance-flavor of the gin. Among the most popular aromatics in the London Dry Gin, we can find juniper, cardamom, coriander, lemon and orange peel, pepper, angelica, grapefruit, lavender. Other botanicals on the rise are flowers, roses, various wild berries such as rowan, licorice, anise, (Cervia) salt, Salicornia, black tea and who knows how many more will come out.

10 great gin cocktails you have to try