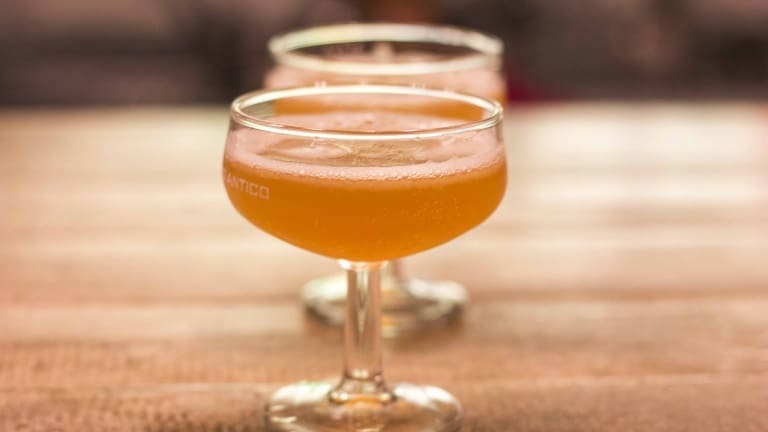 Blind Monkey drink recipe: how to make and spicy and simple cocktail with pears, amaretto, vodka, anise and Williamine

The Blind Monkey cocktail is born from our boundless love for pears. It has a particular and totalizing flavor that sees the pear as a tyrant of the glass.

The flavor is complex and layered, with various spices that intertwine to create a background that can smooth the sweetness of the pear.

The alcoholic base of this cocktail is formed by vodka, Williamine and amaretto liqueur, a trio that is exalted with pears.

The sweetener is fragrant lavender honey, rare but fundamental for the perfect success of the cocktail.

The alcohol content is not heavy and is excellent as a summer aperitif or to accompany finger food or throughout the meal with fish dinners under the stars.

How to prepare the Blind Monkey cocktail

Wash the pear, peel it and cut it into pieces.

Mash it in the fine colander with a spoon to get the pear nectar.

Put the nectar of pear in the shaker, add the honey and the spices and pound with the pestle.

Fill with ice, add vodka, Williamine and amaretto and shaker for 30 seconds.

Pour into a previously cooled cup, filtering and serve.

What dishes to pair with the Blind Monkey cocktail?

As an aperitif, it does great, but it should also be tried with some desserts like walnut tiramisu, chocolate tartlets, galaktoboureko, zuppa inglese, kunefe, bread cake, baklava.