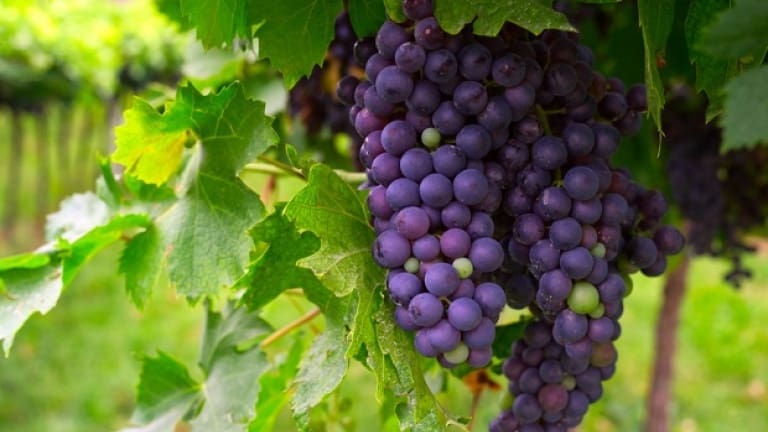 Valpolicella is a slender, fresh, fragrant, pleasant medium-bodied red wine, quite the opposite of the mythical Amarone, the symbolic wine of Valpolicella, which instead focuses on opulence and gustatory intensity. Exactly like Amarone, the Valpolicella wine is produced with native Veronese grapes: the mystic triad composed of Corvina (and the Corvinone clone), Rondinella and Molinara.

But above all the Valpolicella wine is a historical product, one of the oldest, already mentioned by Pliny the Elder. Yes, it’s the famous Retic wine, produced by Reti, a pre-Roman population that lived in the hills around Verona. But beware: the famous Vino Retico loved by the Romans (so fond of sweet wines) was more similar to Recioto, produced with dried grapes. Amarone was born only in 1900.

But what is so special about Valpolicella wine and why should you drink it?

Let’s say that in the last 20 years the Valpolicella wine has grown exponentially. If before the entry-level Valpolicella reds were dull and light wines, today they have become elegant wines with great drinkability.

The reason is very simple: with the international success of Amarone, the king of Valpolicella, and of Recioto, wineries have finally managed to make investments and the results are much better base wines. There has been an increase in public interest in autochthonous vines such as Corvina, Corvinone, Molinara, Rondinella, whereas before everything was focused on Amarone and Recioto.

As mentioned before, Valpolicella wine is made from a blend of typical local grape varieties, of which the protagonist is Corvina, present in massive quantities: from 45% to 95%. Its Corvinone clone can be used in its place up to a percentage of 50%. Corvina is a generous grape that knows how to make wines dynamic and full, offers tannins and intense flavors. Its companion is the Rondinella, which is destined for a secondary role, but no less important given that the color and finesse of the perfumes come from “her”. Rondinella can be present from 5% up to 30%. Finally, there are other red grape varieties, such as Molinara or other non-aromatic grapes.

The use of the Valpolicella DOC Classico denomination is reserved only for wines produced in the five historic municipalities, those of the “original Valpolicella”, ie Sant’Ambrogio di Valpolicella, Fumane, San Pietro in Cariano, Marano, and Negrar. 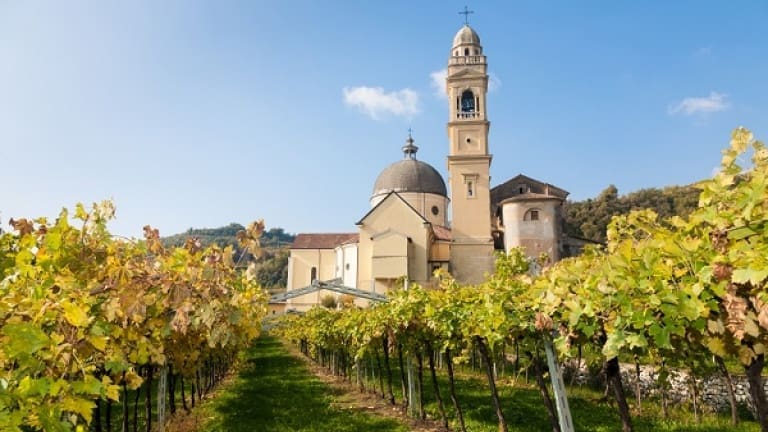 As the word suggests, this Valpolicella comes primarily from the finest grapes and it also has to age for a one-year in the cellar. The result is a wine of greater texture, more consistent, more fruity: concentration and thickness are amplified, but the features are always unmistakable. Pleasantness, aromas of flowers and black cherries, freshness, although fruit and tannins are more pronounced.

The simplest wines are excellent wines for fish pairings, thanks to good acidity, very mild tannins, fresh fruit and lightness of body. The aromas are those of the Amarone, but more graceful. Black cherries, thyme, berries, flowers and a final touch of almonds.

The most challenging and ambitious wines have a greater concentration that manifests itself in more mature suggestions and bigger tannins. As mentioned before, in Valpolicella Superiore the tannins are thick and even the earthy flavors of licorice and rhubarb emerge. In any case, the grapes are harvested and then vinified, there is no withering, so do not expect structured or muscular wines. Indeed, the beauty of Valpolicella wine is that it maintains subtle finesse, rhythm and a certain austerity that eschews concentration. 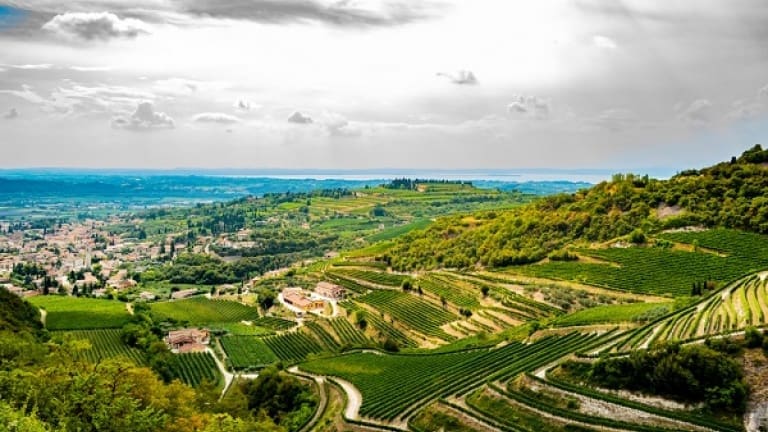 Several stories reach us from Roman poets, historians and commentators like Cornelius, Columella, Pliny the Elder, Virgil and Martial, and all agree on one thing: the Rhaetian wine (Vino Retico) produced in the hills around Verona was a masterpiece. But it was a different wine, sweet as our forefathers liked it, but, indeed, Valpolicella has gradually become more and more defined over the centuries, with the selection of clones and vines that managed to resist invasions, wars, and diseases. In the fifth century Cassiodorus, historian of Theodosius still speaks about Rhaetian wine, but it is only with a decree of Frederick Barbarossa of 1177 that find for the first time the name “Val Polesela” which is thought to derive from Vallis Poli Cellae: valley with many cellars. It is still not clear if the name is a legend or not, but it has remained until today and is a clear testimony that the hills of Valpolicella have always been a paradise for the cultivation of vines. To the north the mountains protect from the freezing winds to the west, Lake Garda mitigates and sends the Ora, the famous breeze that makes the climate so special, that we could call it temperate. The proximity of a commercial and cultural center like Verona, home of many noble families, has done nothing but increase the prestige and quality of the wine, given that it was once a product destined for the table of the powerful. Not to mention that the villas on the sweet hills of Valpolicella were not only a flagship and symbol of power but also amazing places where to stay during the warmer months.