Bolgheri DOC: all you need to know about the famous wines of the Tuscan coast based on Bordeaux varieties 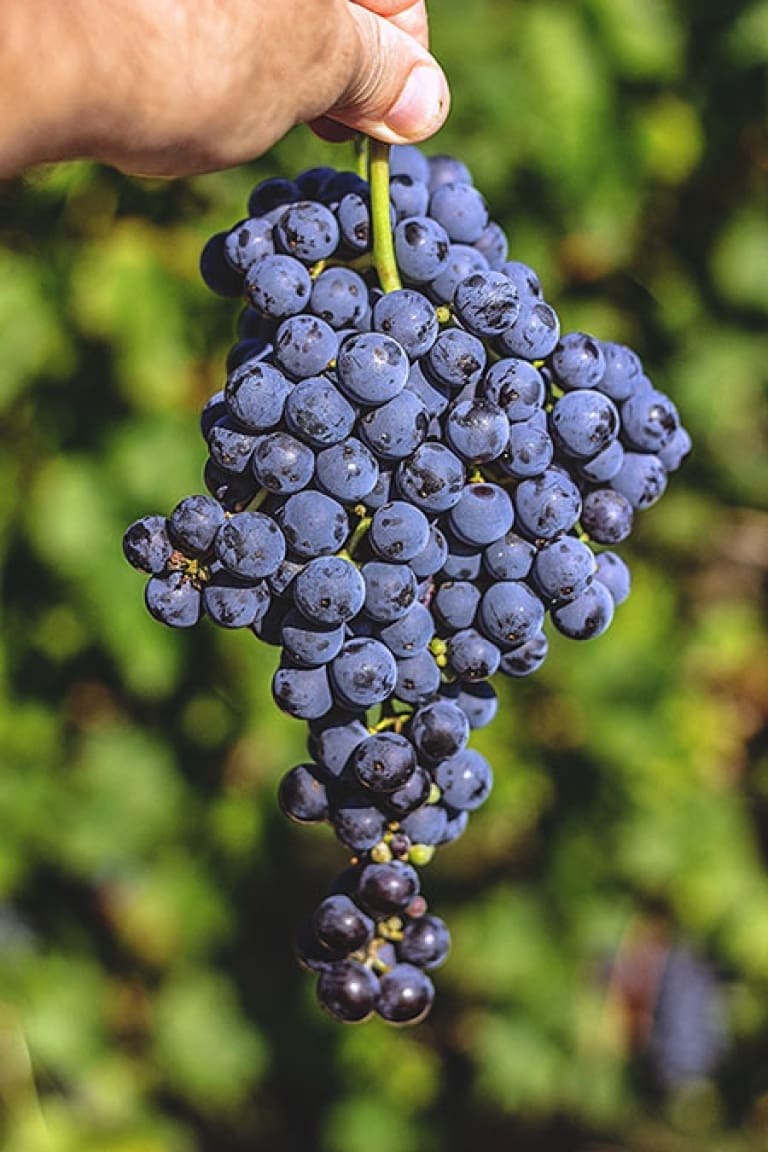 Speaking of Bolgheri wines and the relative DOC presupposes a small story of history because although it is a young area born only with the first steps of Sassicaia, it has seen many protagonists of Italian enology come into play, creating a series of lucky events.

Needless to say, it all started with Sassicaia, when in 1944 the Marquis Incisa Rocchetta planted Cabernet Sauvignon and Cabernet Franc vine shoots in Castiglioncello di Bolgheri, after noticing the amazing similarity of soils and microclimate between the coastal strip between Bolgheri and Castagneto Carducci and Graves. Notice the two names: Sassicaia and Graves, already etymologically full of “pebbles” and stony. 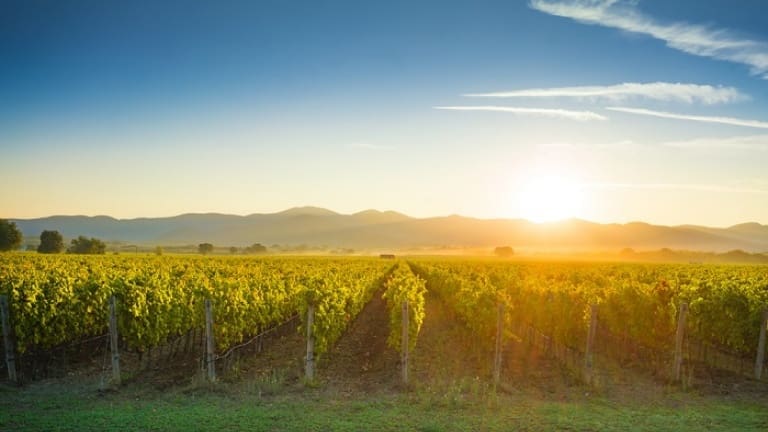 After years of private consumption and darkness, Sassicaia established itself as a tremendous Bordeaux-style wine, but what is important to note is that it was the first wine that dared and became the icon of Italian wine. We do not discuss the pleasure-love-hate-envy that surrounds Sassicaia. Still, it is undeniable that it has revolutionized the world of Italian wine, has prodded it and opened up new trade routes, especially with the United States. Not to mention the flourishing of new epigones such as Masseto and the wines of Grattamacco that by now “wannabe Sass” have managed to find their own identity. The fact is that all the realities, like Bellavista, Gaja, Antinori and Ricasoli.

So Sassicaia and Bolgheri are nothing more than a slavish emulation of the famous Bordeaux wines? Have they replicated the happy recipe of maritime wine? Is it only the sea that makes wine great?

In reality, it is not like this. The human factor comes into play, the terroir once again. Indeed, the basics, that is, the conditions and vines most used in the Bordeaux are those, but radically change the interpretation, sensitivity, and climate. If it’s true Bolgheri wines are indeed intense, sumptuous, fruity, rich in extract, powerful and that they need long aging in barrels, it is also true that there is a unique balsamic trace. The memory of the Mediterranean scrub, a particular reminder that makes Bolgheri wines unique and unrepeatable. And we are only at the beginning: the vines are relatively young and it is only with the new plants that a denser density of vines is preferred: in short, the beauty is still to come.

So do not be too snobbish! Especially among many “so-called experts,” Bolgheri wines are considered too muscular and expansive, not typical, not autochthonous. Indeed, they are not the maximum originality. However, it is because the artisan winemakers of the area still have a long way to go. They experiment, and no one forces you to buy approved wine from the most commercial wineries they want to sell in the United States. 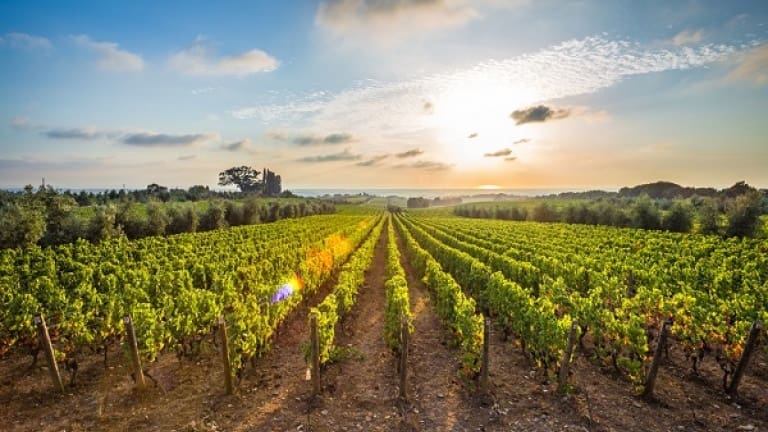 The main vines used are the mighty Cabernet Sauvignon, Merlot and Cabernet Franc, which can be single-variety or blended. Another significant grape, allowed up to 50%, is Syrah which certainly shows its most exciting and peppery aromatic sides. And then we close with Petit Verdot, up to a maximum of 30%. There is also Sangiovese used up to a maximum of 50%, but it struggles and does not present particular vitality in this land.

The Bolgheri DOC must refine a year; the Bolgheri Superiore DOC at least two years, one of which is in wood.

The Bolgheri Sassicaia DOC is a blend in which at least 80% of Cabernet Sauvignon must be present and rests for at least 2 years, 18 months in barrique.

It is difficult to average. The vines are many, with abysmal differences between Cabernet and Merlot. What is unmistakable and recognized is the richness the opulence of these wines. They are dense and full of extract, scents of berries, ethereal and very structured. Apart from the basic entry level wines, they are full-bodied wines that must mature for years to find an excellent balance, dispose of the wood toasting and develop tertiary aromas and elegance. The tendency is to make super fruity wines to put the muscles on display to wink at the markets of the United States. Still, not all producers seek an exasperated style and aim more on drinkability and finesse. Setta, Motta and Chiappini are producers who deserve more than a visit.

In any case, do not rush, do not uncork a Sassicaia 2016 for your BBQ party. We leave you with an emblematic taste made long ago by a Guado al Tasso 2008 that astonished us. The wine had charm and depth and that tannic and fruity arrogance had given way to an evolved and sinuous symphony, but we are talking about wine of 11 years.

The white Bolgheri DOC is much more traditional, the main grape is Vermentino, which already dominates the whole coast, to which are added small balances of Sauvignon Blanc or Viognier. 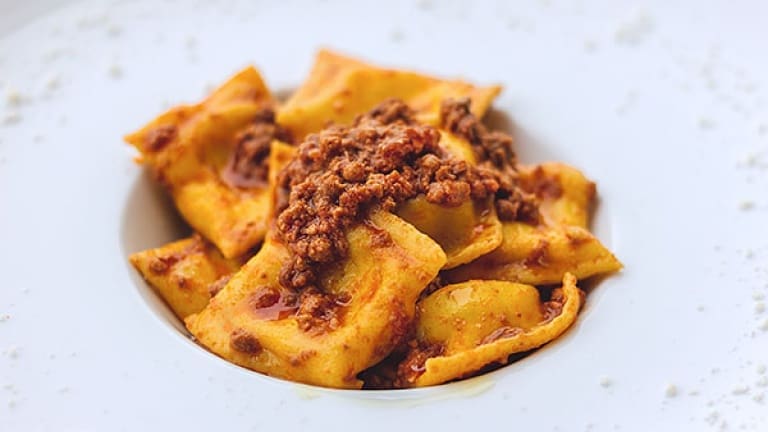