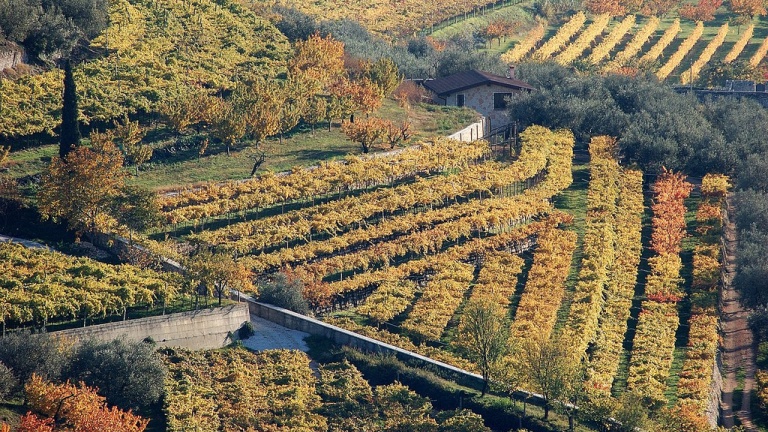 We’re getting serious here. The people of Veneto are formidable drinkers, and the reason for this lies in the relationship between land and wine, which finds echoes in art and taste: Venice and Prosecco, Verona and Amarone, Vicenza and its Garganega grapes, Padua and the wines from the Colli Euganei.

Every terroir provides each of its creations with distinctive traits, almost the brands of veritable masterpieces. This quality is the effect of the industriousness of the people and of the virtues of such a diverse land. 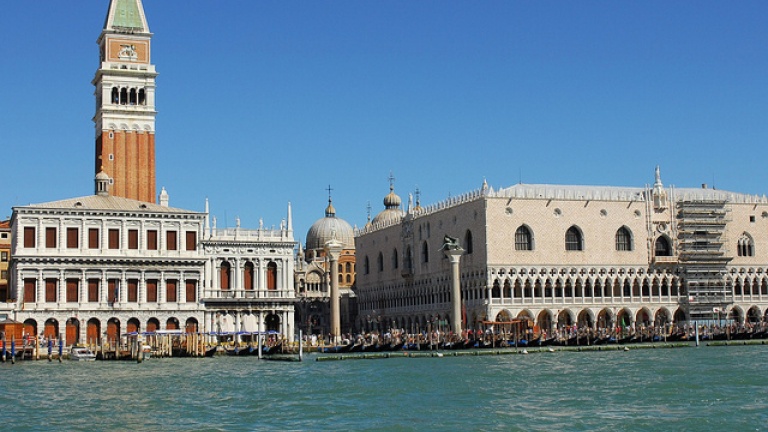 Take Venice, the Utopian city. It seems to float on water or to be bound to sink into it at any moment, yet it boldly continues to fight the waves. It doesn’t budge, and presents itself in all its splendor, inviting you to explore its every calle, every corner, every art collection. You may be able to reach a small square, unexplored by tourists, which reveals the true face of the city, decadent and sincere. You can find a place to sit at a bar and order an ombra as a true Venetian would, and accompany the wine with cicchetti, delicious snacks offered with the aperitivo. 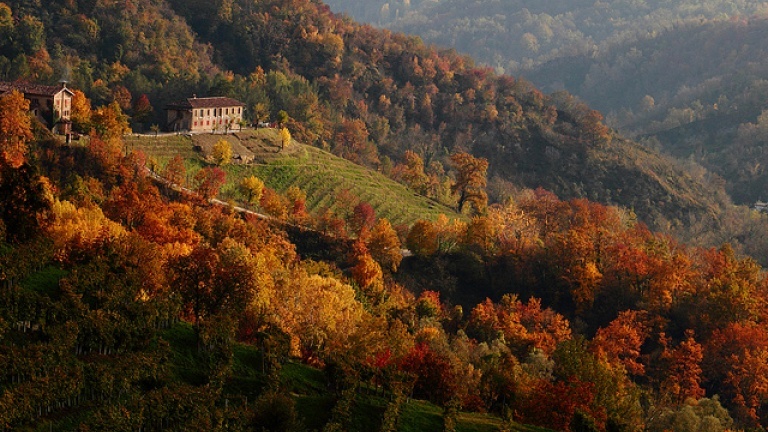 Prosecco is as sincere as its city. Airy, with a refined architecture that unravels over many islands of taste, lost in a refreshing sea of bubbles that invite you to a serene contemplation. The Prosecco was born to amaze.

Verona, powerful and proud, is surrounded by the green valley of the Adige and so full of treasures that it had to bestow some of them on the surrounding hills. Anywhere you are in Verona you will never feel constricted. The buildings, the House of Juliet, the churches, the towers, the Roman bridges and the Arena are all perfectly connected within the broader fabric of the city, which has made the preservation of monuments and the tranquillity of the people its priorities. The center is immense, clean, marked by bright streets full of shops, museums and classy restaurants, for those who like to take a tasty break.

Amarone is at home here. Its quintessential opulence is balanced with echoes of spices and balsamic aromas, which give this wine a very elegant and persistent structure. The Amarone is produced using the best clusters from late harvest placed on fruit-drying racks called arele, in a way that concentrates sugars and flavors. You’ll find yourself capturing the smells of the glass even after the wine is gone, and you’ll enjoy discovering hints of fruit and plum jam.

All you need to know about Ripasso della Valpolicella, the wine produced with the refermentation of Recioto and Amarone pomace
Read More
Rondinella is the most widespread and reliable vine of Valpolicella: it is never produced in purity, but is present in the blend of great wines such as Recioto, Amarone and...
Read More
All you need to know about Raboso wine, the typical Piave wine known for its extreme exuberance!
Read More
Corvinone is a red grape variety typical of Valpolicella, used as a blend or instead of Corvina Veronese to make great wines such as Amarone, Recioto, Ripasso and Valpolicella
Read More
Find wines and information about Angiolino Maule winery, including history, maps, photos, and reviews about the Maule wines.
Read More
Still braised beef, still Amarone for a succulent meat recipe: braised beef cheeks
Read More
Maraschino is a historic liqueur that comes from the distillation of a wine of bitter cherries, called morello cherries: here's how it is made, its history and which cocktails to...
Read More
All you need to know about Corvina, the red grape variety typical of Valpolicella, used to produce great wines such as Amarone, Recioto, Valpolicella and Bardolino
Read More
Soave is a great white wine produced from Garganega grapes in the hills east of Verona, where the volcanic soil works wonders!
Read More
This month we want to focus on risotto, one of the most refulgent symbol of the Italian cuisine. Rice is a staple food cultivated for millennia, grown in many parts...
Read More
Next Entries