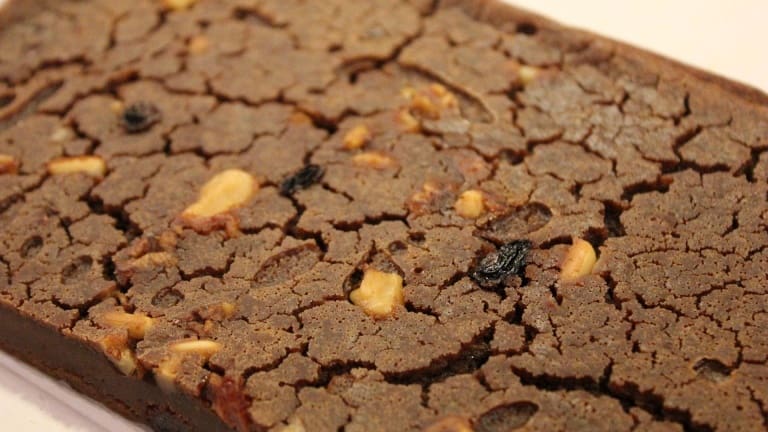 Castagnaccio: the original recipe, here’s how to make a quick and easy dessert

Castagnaccio is a classic dessert made with chestnut flour, oil, honey, and a few needles of rosemary. A sort of polenta for the poor that has been produced in all the mountainous areas of Italy since the Middle Ages, whether it is around the Alps or the Apennines, north or south, little changes. The recipe starts from a fundamental ingredient of Italian cuisine: chestnut flour, which has been the wheat and bread for thousands of mountain communities.

The modernized recipe for castagnaccio includes the addition of sultanas, pine nuts, and walnuts, but the substance does not change. The recipe for the original castagnaccio, the Tuscan or the Romagna one, does not exist: once upon a time, you used everything that could give you energy and calories to survive the cold and help you work in the countryside and the mountains, so don’t think about a gourmet recipe. Indeed, the taste of castagnaccio was very spartan, and only in recent years has it come back into fashion, with sweeter recipes.

Who invented the castagnaccio?

Some ancient recipe books tell us that the “castagnazzi” was a sort of babelic recipe which also included cheese and not very credible ingredients, in short, our ancestors were not afraid to experiment, especially when hunger was scary.

Why talk about castagnaccio today? What is the point of proposing a recipe as old as the world in this era of frenzy for the most absurd and sophisticated street food? 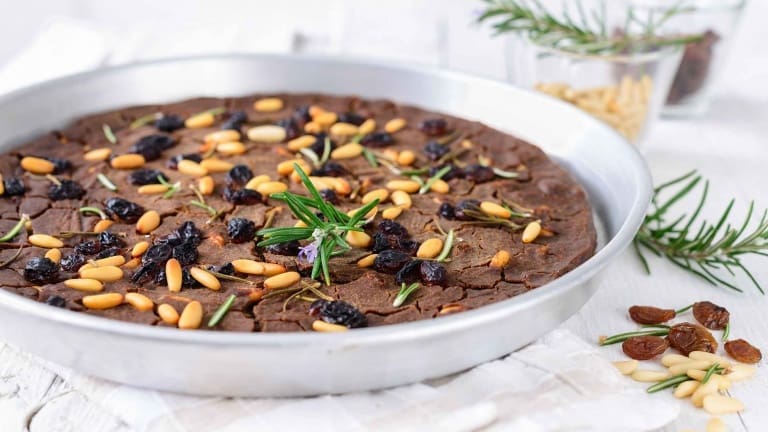 The answer is very simple. Before the advent of all the most recent street foods, castagnaccio was the snack par excellence, cooked, sometimes even fried, on the street by street vendors and then sold hot, in slices. Only our grandparents remember it …

Today we offer you a traditional recipe of castagnaccio, to experience the thrill of returning to our origins and tasting a delicious dessert, with a humble but complex flavor, which takes us back to an era light-years away, but which is actually behind the ‘angle.

Ingredients and doses for making castagnaccio 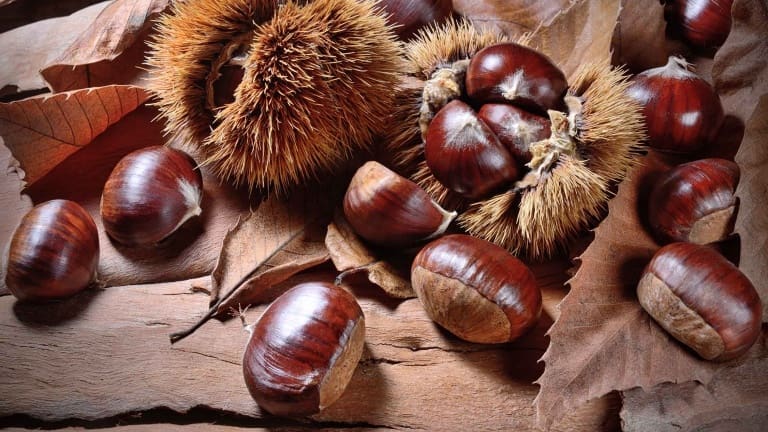 How to prepare the perfect castagnaccio

As much as the Tuscans may insist, the recipe for castagnaccio is not of Tuscan origin, indeed there are no reliable historical sources, however, no one denies that they have adopted and made it and that they are great producers and eaters of castagnaccio.

Turn on the oven, setting the temperature to 180 degrees.

Soak the sultanas in hot water and add the rum. Rum is not included in the original recipe, you can also use brandy or just water.

Pour the flour into a large bowl and add the water slowly, start mixing and continue to pour in the water, add the honey and oil slowly. The mixture must be well blended and soft like polenta. If it seems too dry, correct it with more olive oil.

At this point, drain the raisins and squeeze out the water with a fork. Incorporate the raisins, walnuts, and pine nuts, coarsely chopped, into the castagnaccio, mix and place the mixture in a properly oiled baking tray. 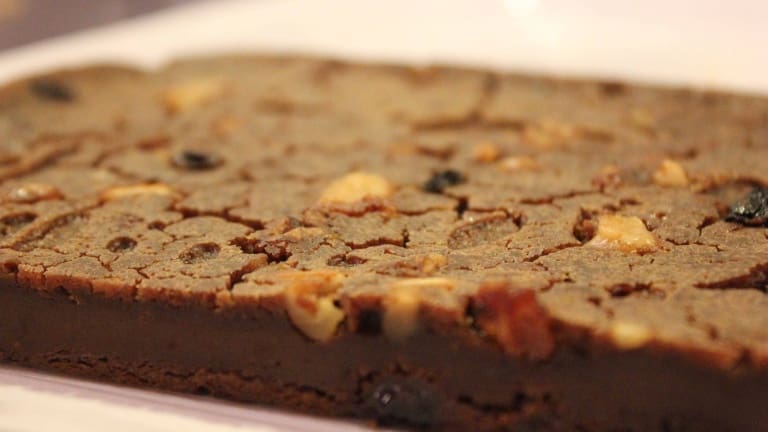 Bake in a preheated oven at a high temperature, 180 degrees, for at least 40 minutes. Halfway through cooking, if you want, add a few leaves of rosemary. Otherwise, you can flavor the oil with the leaves and thus prevent them from burning during cooking. There must be cracks, they are due to the high temperature and are characteristic of a good chestnut cake, have no mercy!

Which wine to pair with castagnaccio?

Chestnuts and marrons are not easy to combine due to their bitter taste, we choose a triumph of sweetness and spices such as the Sagrantino passito from the Scacciadiavoli winery. Considering that the dessert is very intense, mellow, sugary, and aromatic, do not hesitate to combine something more structured and alcoholic such as sweet vermouth, Port wine, Marsala, Madeira wine, Sherry, Brandy, Cognac, and Calvados.

If you want to pair a cocktail, the Godfather is perfect.