Montepulciano wine guide: all you need to know about a legendary Italian red wine 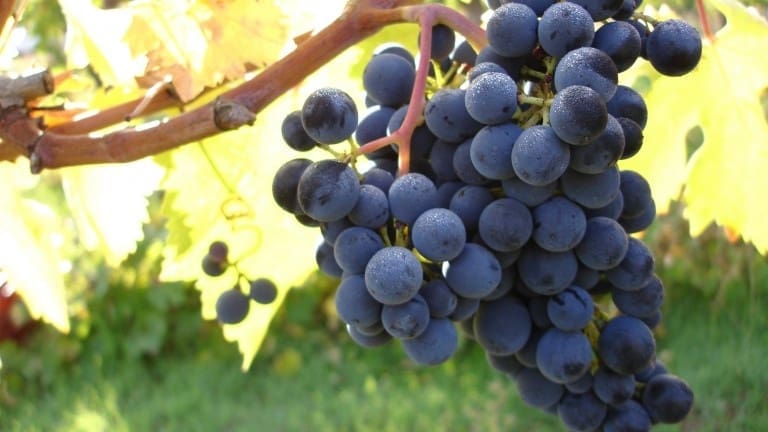 The north has Nebbiolo (Barolo & Barbaresco), the center Sangiovese, the south Aglianico. This is a general perception one might have of Italian vine species. Fortunately, everything is much more complex, and for too long has the Montepulciano wine been ignored: it’s the grape of the future—better yet, of the present, for harvest times have arrived. It has the right winemakers, the best crus have been identified, the techniques refined. Prophecies aside, let’s start from the roots!

Where is Montepulciano grape grown?

It’s planted on much of the east coast of Italy, Marche, Abruzzo, Molise, Puglia. It is said that the Peligna valley, near the Majella (Abruzzo), has given birth to the Montepulciano grape variety, and, given its characteristics and personality, it’s very likely: the Montepulciano is a mountain wine. Everything about it betrays this origin. It’s rebellious and majestic, full, sharp, inscrutable, reminiscent of underbrush with moist blackberry nuances, but then it lightens up, reaching unimaginable heights of fruity warmth, with sour-cherry flavors. Its wild nature easily takes over—this is both the worry and the pride of its makers.

Many winemakers talk about it with devotion, caressing the barrels in which it slumbers: they have tamed it for now, but they know the struggle is never over, and its beauty lies in the many forms such a dense matter can take. It takes time for it to open up: the acidity of the young wine can be frightening, but warmth and acidity, if properly balanced, are the foundations that allow the Montepulciano to age superbly even beyond fifty.

That said, a single analysis can not encompass the whole spectrum of this grape’s generosity. Different soils, climate, altitude, sea or mountains, wine-making techniques—too many are the factors at play, but it is intriguing to follow the evolution of the vineyards over more than three hundred kilometers. Let’s try to better define the area.

Why you should take a wine tour in Le Marche

In the Marche we find the wines of the Conero, mostly made from pure vine, with their round fruit and finely spiced echoes, softened by the iodine-rich influence of the sea. To the south, around Ascoli Piceno, where it’s usually blended with Sangiovese, it becomes warmer and fruitier. 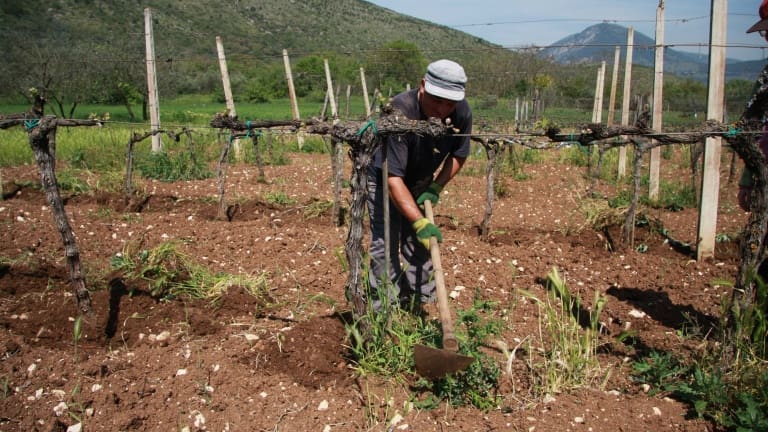 The spurred cordon is a quality training system that is replacing the typical pergolas Then there’s Abruzzo, where we find pure-vine Montepulciano, covered with luxuriant bowers, with the coastal area and its terse yet pulpy wines. All along the coast, a strip of land that is proving more and more fruitful is the one that leans toward the mountains and valleys where the vine originates. From Loreto Aprutino to Prezza, a small constellation of wineries focuses on the philosophy of wine as an entity in itself, worthy of respect. It’s important not to spoil the good work that was done in the vineyard and to allow just a little sulfur not to turn the wine sour—it all seems so simple.

Montepulciano can be a lovely, rocky, pink wine too

The Montepulciano Cerasuolo (from cerasa, cherry) is a chapter in itself. It’s a wonderful wine, born from a quick maceration. The word itself is as fascinating as the mottled color of the wine: rosy, reminiscent of ripe cherry, coral. The wine is just as delicate, fragrant, with all the sumptuousness of Montepulciano, but more muted, cool, one of the most versatile wines for extreme pairings that can cover the entire meal, from Indian food to some spicy and fruity Chinese recipes, like sweet and sour pork. It’s comparable to the rosés produced in Puglia, home of the best Italian rosés.

Colline Teramane and Gran Sasso chain. You can almost taste the mountains’ flavor in Montepulciano How do you recognize Montepulciano? That is, what should never be missing in a Montepulciano? At the sight it is ruby-colored, full, shiny, often with purple reflections, especially when young. It dances gracefully in the glass, not thick like an Amarone, leaving dense and frequent arches, a sign of good alcohol content. Scents of ripe blackberry, mulberry, wild berries, cherry, morello. Though timid at first taste, as if it contained a seething mass ready to explode, further exploration will let out cocoa, tobacco, and sometimes oregano, while the fruity flavors assume notes of jam and alcohol preserves.

In the mouth it demands respect, the warmth expands. It has a unique wild note, especially if it’s organic; its acidity, well integrated into the body, gives persistence, and tannins are rarely aggressive. The finish is fruity, sensual, punctuated by unmistakable flavors of black cherry. The Cerasuolo follows close in these footsteps, although on a smaller scale, which makes the subtlety of fruity flavors more evident.

How to serve the Montepulciano wine

Usually the ideal serving temperature for Montepulciano is around 16°-17° C for the young and fruity wines (two and three years), while the oldest ones like warmer temperature like 18°-19°C or even 20°C, particularly if we are speaking about a fine long aged wine.