Cherry Brandy: what it is, the recipe to make it and which cocktails to make with this brandy and cherry liqueur 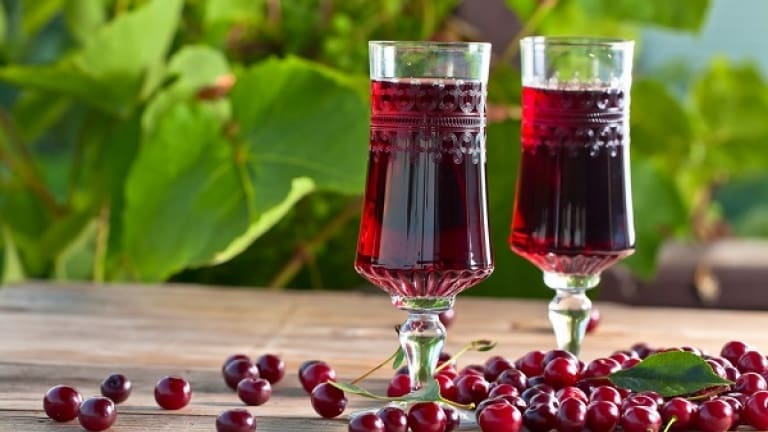 Cherry Brandy is a brandy-based liqueur in which cherries are macerated and to which cherry distillate, like kirschwasser, can be added. Although usually, the maceration of the cherries alone is more than enough to transform a strong distillate such as brandy into a velvety and fragrant liqueur. Obviously, after a period of a few months of maceration of the cherries, the cherry brandy is filtered and sweetened and possibly corrected with water to reach the desired alcohol content.

The origin of Cherry Brandy dates back to the early 1900s when the production of brandy exploded in both France and Italy and most likely derives from a historic Italian liqueur such as the Abruzzese and Piedmontese Ratafia, a liqueur made with wine and cherries. The concept is very similar, only brandy is used instead of alcohol and wine to simplify the process.

Another possible origin is the descent from kirsch and maraschino, the two cherry distillates. Obviously, kirsch (dry) and maraschino (sweet) are very different, but there is no doubt that the origin is always the cherry. Even a famous Cherry Brandy such as Stock 84 was born in Trieste in the early 1900s and it is no coincidence that they have always used cherries from Croatia-Dalmatia for maceration, where Italians had started producing maraschino since 1700.

Beware, Cherry Brandy and Spanish Sherry have nothing in common: sherry is a fortified wine to which alcohol is added, but it is not a liqueur. The similarity of the names creates confusion, but Sherry is the English name of the city of Jerez, so be careful not to make blunders.

We are talking about a liqueur with very fruity and intense aromas which are flanked by delicate spicy tones with cinnamon, nutmeg, mint, cocoa and various floral scents.

On the palate, it is sweet, full, not too alcoholic, but with the ethereal flavors of brandy in the background to give an aromatic boost.

What cocktails to make with Cherry Brandy

Use it as a sweetener instead of sugar syrup to make mythical cocktails like Blood and Sand and the Rose cocktail.

How to serve Cherry Brandy

Excellent when served with ice as an aperitif or digestive, even on ice cream or pancakes. More than a digestive, it is a real gastronomic liqueur, you can use it to flavor cakes, biscuits or add a sweet touch of panna cotta or to make glazes for cheesecake.

How to make cherry brandy at home: the recipe

As we said, Cherry Brandy is produced with a simple maceration of cherries in wine distillate, brandy. In theory, the maceration of the fruit already releases sweetness and flavors, so it is not that much sugar is needed to sweeten. Maybe you can flavor with cinnamon, nutmeg or vanilla. Of your choice.

Take 2 liters of brandy and put 600 grams of fresh cherries in it, then add a cinnamon stick, sealed in an amphora (joking) or in a container that you can hermetically seal and leave to macerate for 2 months. Drain, filter and bottle the cherry brandy after adding 100 grams of sugar syrup. Shake and let it rest for 7 days and then it’s ready. Obviously, cherries are not to be thrown away, but they should be eaten immediately or preserved in alcohol: in any case, they are delicious, so don’t throw them away.