Trump’s Golden Cowlick cocktail: the drink in honor of the world’s most famous toupee

We’ve never talked about politics, this website is not a competent place, but when the subject is Donald Trump, the Republican presidential candidate, more than politics is anthropology and phenomenology of the grotesque.

The Trump’s Golden Cowlick is a cocktail that flows as naturally as the wonder that pervades us every day on hearing of the heroic deeds of the blond warrior who thunders from the stage and calls for apocalyptic resolutions.

But what is surprising is not his passion: is the impassivity of his synthetic forelock. 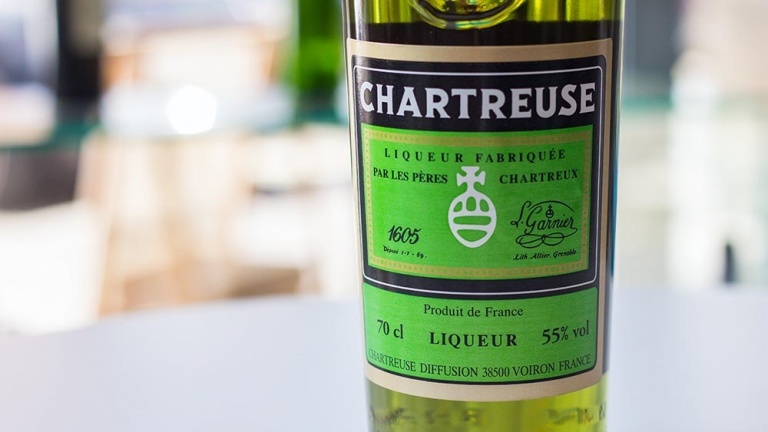 As ingredients, we have Prosecco, cider and a shot of gin, with a couple of drops of Chartreuse to embellish the drink with lovely notes of anise, licorice, and alpine herbs.

If you spare some time, you could take 4 blueberries and put them in infusion into 4 cl of Chartreuse and then freeze them. In this way, you’ll have practical and tasty ice cubes to eat without risking watering down the cocktail.

When should you drink Trump’s Golden Cowlick? It is a very easy-going, sparkling cocktail, but pungent, perfect as an afternoon-evening aperitif, but also excellent as a party or brunch drink like Mimosa & Bellini.

After all these preambles, luckily, the recipe is very simple and super-fast.

Cool a glass with some ice then throw it away.

Put 4 Chartreuse flavored blueberries in the glass, pour Prosecco, cider and then a spoon of maraschino.

Drop in a Maraschino cherry for a touch of color and sweetness. 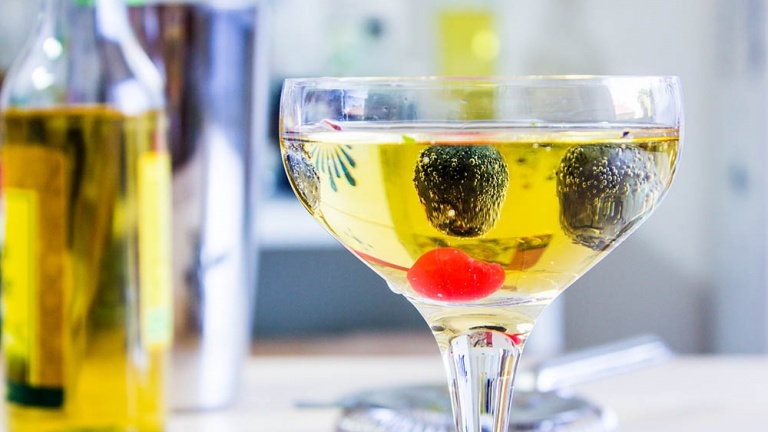 And now tell me, who is going to win the US presidential election in 2016?

Bold, stylish, it’s the perfect aperitif, but it shines also with spaghetti with clams, pizza Margherita, sweet and sour seitan.

Other sparkling cocktails you may like: Spritz, Pirlo, Hugo, French 75.