Super Tuscan, everything you ever wanted to know about 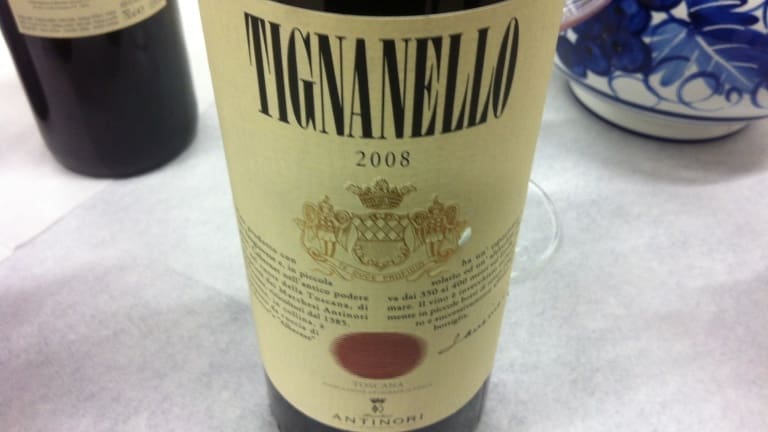 How and where are Super Tuscan born and what exactly are they? And what importance did they play in the Italian wine history? We need just one answer to explain the Super Tuscan phenom. Basically there are two different philosophies behind this kind of wines, and everything leads us to another question: how is made Chianti?

A little bit of history of Super Tuscan

The first to recognize the qualities of the Sangiovese was baron Bettino Ricasoli (1809-1880): he asserted that the principal grape in the Chianti blend should have been the Sangiovese, along with a percentage of Canaiolo and Malvasia Bianca.

There were several adjustments in the Chianti production protocol, but it was only in 1996, paradoxically, since Sangiovese had been recognize already for a century as the most gifted grape of the Chianti, that was given the green light to the Bordeaux varietals and the unblended Sangiovese Chianti, allowing the birth of the modern Chianti wines.

Sassicaia: the first of a new spicies

But what led to this Copernican revolution? Everything was born from Sassicaia, an intuition of marquis Incisa Rocchetta, who, after noting the similarities between the soils of Bolgheri and Graves (which means gravel), had the brilliant idea to plant some vine cuttings of Cabernet Sauvignon and Franc, to create a Bordeaux style wine in Tuscany, along with the help of oenologist Giacomo Tachis. In the first twenty years of life, Sassicaia was consumed exclusively for personal use inside the Tenuta San Guido, but then they realized that the wine over the years tended to the state of the art: the tangle of green tannins and the sumptuous, but redundant, almost hypertrophic plumpness, were turned, and still become thank God, into a silky filigree kissed by an angel.

2006 was a great vintage for Sassicaia Predictably, as soon as it came out—today, the 1968 vintage is worth the GDP of the Cayman Islands—it was slaughtered by critics and wine lovers, because no one understood that this wine needs decades to show its greatness, but it was only a matter of time, in the meantime the renewal process had already begun: Bordeaux grapes and Experimentation were the words everybody kept repeating. Tuscany became a laboratory for every possible alchemical blend; the area was completely re-evaluated and subjected to thorough analysis, which involved a not so rational awareness of the potential of the Bolgheri terroir (now on the verge of sinking like Atlantis, for the burden of all the vineyards), but of the same Chianti too.

Once again was the volcanic Tachis, this time with the marquis Antinori, to shock the world with the Tignanello, the first Super Tuscan, at the time a simple IGT—table wine—Sangiovese and a 15% of Cabernet Sauvignon. The wine was revolutionary, but more so was the concept behind it: making a Sangiovese based wine able to age as gracefully as Bordeaux wines do. The dawn of a new era for the Sangiovese had risen and the Super Tuscan mania has not yet calmed down. Those born to overcome an old, rigid regulation that didn’t allow to produce Chianti only with unblended Sangiovese and those which followed in the footsteps of Sassicaia.

Cabernet Sauvignon and Merlot in Chiantishire?

So, dear Sangiovese lovers, don’t be so hasty to dismiss contemptuously the Super Tuscan as a bunch of cloned trendy wines with no soul, because it’s really thanks to them, if we are able to capture the very essence of the Sangiovese grape and drink masterbottles like Flaccianello and Cepparello. And as a final remark, let’s flip the concept of terroir, let’s make it active: even if they are not native, the Bordeaux grapes are becoming part of the this land and story. The Tuscan terroir is so overwhelming that menages to engage the souls of the most stubbornly French Cabernet Sauvignon, Franc and Merlot, making them earthier and weaving violets and peonies’ garland around their branches. So welcome them and let’s learn to choose wisely in this sea of wine! Think for a while of a world without Sassicaia or the wonderful duo Camartina and Sammarco, two stunning Cabernet Sauvignon grown in the heart of Chianti, that spread Chiantigianity with every sip, why should we deprive ourselves of these wonders?