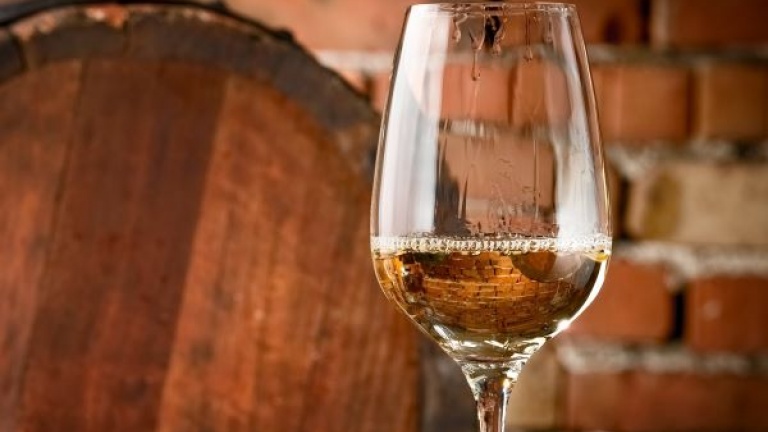 Muscadet is one of the most representative white wines of the Loire Valley, but above all, it is a wine in which the link with the sea is tangible, indeed perceptible on the tongue as soon as you taste it. Muscadet is an Atlantic wine like Basque wines. It is savory, sharp, marine with flavors and aromas of rocks and seaweed.

The salt fills your mouth with a crazy citrus charge, but overall it is a wine with a never-exaggerated structure. It does not have the sumptuousness and depth of Chenin Blanc that we find a little further east in Anjou and Vouvray and it does not have the lashing charge of Sancerre’s Sauvignon Blanc. In reality, it is poor, as is the land it grows. It has no acidity and for this reason, it is harvested very early. It has few polyphenols little sugar, but thanks to a trick of the astute Breton winemakers, it can compensate for this “shortage.”

Before diving into this splendid wine, however, we must specify that Muscadet is the name of the wine, but not of the grape, which is actually Melon de Bourgogne, a distant relative of Chardonnay. A not particularly aromatic vine, which has always been cultivated in the Nantes area, but thanks to the extended stay on the lees (sur lie), manages to find gustatory volume and thickness. Indeed not structure. Even at an alcoholic level, we are not at excessive levels. But the layers of flavor, minerality and crunchy fruit are excellent. Above all, it is the fruit that finds roundness and three-dimensionality thanks to the contact with the sediments of dead yeasts, it is not poetic, but this is it. It is their inheritance.

However, this success was partly deleterious. If it is true that there are incredible wineries that experiment with long sur lie refinements working with various barrels, there are also scandalous industrial-cut bottles that resemble a lackluster lemonade. The variety is fluctuating and discontinuous, so it is not so easy to find your way around this area.

Few wines have such an intimate and profound link with their terroir. Doing the Muscadet is a personal matter, of course. The soils are mixed and vary from the volcanic rock called “Gabbo” to the sand and rocks of the Muscadet Cotes de Grandlieu passing through the schist of Muscadet Coteaux de la Loire. In any case, it is the sea, the winds of the Ocean to shape the wine.

You will not find a thousand flavors in Muscadet. There are no Pindaric flights in Gewurztraminer style or precious scents like in Riesling, but it gives much.

It is a wine that symbolizes a land made of sea, clouds and earth, where the winemakers fight against the wind. Where the clouds reflect the light perpetually, making it muffled and almost silky. It is as if there were a perennial clear and milky blanket that permeates the air and the light becomes liquid, blown by the icy breezes of the wind. Here the vines ripen with difficulty, the heat is not much, the conditions are not easy, but this difficulty translates and condenses into complexity and variety.

Muscadet is the wine of Brittany, before that of the Loire. In fact, it is produced in the three classic appellations Muscadet Sèvre et Maine, Muscadet Côtes de Grandlieu and Muscadet Coteaux de la Loire. As mentioned, choosing is not easy, but the most suitable areas have been identified in the ten acclaimed crus of Clisson, Gorges, Le Pallet, Goulaine, Château-Thébaud, Mouzillon-Tillières, Monnières-Saint Fiacre, La Haye Fouassière, Vallet, Champtoceaux. In all, there are less than 200 hectares, but between low yields, the handle of the winemakers and exceptional conditions, it is certainly worth paying the higher price.

How Muscadet is made

The grape harvest takes place relatively early, in early September. The bunches are pressed and then the must ferments, but the peculiarity is that it is then not decanted and remains in contact with the fine lees, the yeasts that die during fermentation. And this is precisely the interesting peculiarity of this wine, which is a somewhat simplistic way is accompanied by Champagne. Both rest on the fine lees, it is true, but the similarities end there. Some produce wines by refining them in wood, others in cement or amphora, the styles vary, but the degree of ripeness of the grapes is essential to give thickness to the wine.

Some great Muscadets also rest for four or five years on the lees (10 years the Muscadet Côtes de Grandlieu Origin of the Domaine du Haut Bourg) and develop an incredible complexity and thus manage to refine quietly for twenty and years in the bottle. Since the wine is not decanted, sometimes there remains a slight residue of carbon dioxide formed during fermentation, which makes the wine slightly wavy.

The bouquet is sharp, full of citrus, more complex hints, notes of cereals, almost smoky and then there is this greedy fruit, pulp inlaid with salt, seaweed, herbs and hay, iodine, almonds and flowers. Overall it is not a bomb, but it is suggestive and intriguing.

On the palate, it is a squeeze of rocks and wind. Sip after sip is a tide of salt and cedar. These mineral and pulpy sensations follow each other without respite. It is a wine with a clear sip, a sharp charm and a steady rythm, but it does not give up detail: the gustatory depth that takes on a thousand faces without ever becoming too caricatured. In practice, it is a game of balances between contrasting elements that the sea has united with a warp of salt.