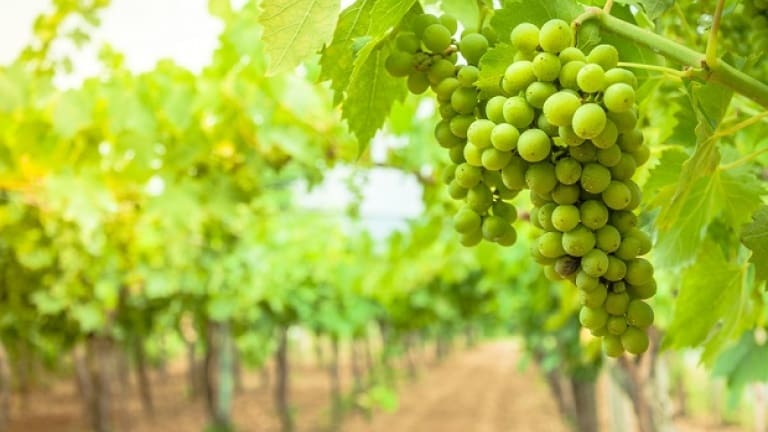 Falanghina is a white grape variety typical of Campania, especially of the Campi Flegrei, where it has been cultivated for millennia since the first settlers who founded the first colonies of Magna Graecia. The wines from Falanghina are very acidic, elegant, softened by the splendid aroma of flowers and spices such as vanilla and cinnamon, but don’t think about the aromatic vehemence Gewurztraminer, as for a subtle, delicate charm. But above all the spices are intertwined with gentle floral scents of wisteria and broom, so it’s not an assault, but an invitation.

Falanghina Campana is a wine that leaves the average consumer baffled: you can find dull bottles for a few euros or great white wines for aging that have nothing to envy to Fiano di Avellino and Greco, the other two great white wines of Campania.

But the problem is precisely the presence of these two heavyweights, who have supplanted Falanghina, which is actually a historic wine of Italy. But we are not talking about centuries, but millennia. Think that once Campania was planted with a majority of Falanghina and also Puglia itself produced avalanches. Then came the Phylloxera and destroyed everything.

How Falanghina is produced: winemaking styles

Basically, to make Falanghina you need an attentive and capable winemaker: it is necessary to moderate its production since it is a generous plant. It must then be harvested when it is ripe at the right point in mid-September, but being careful to balance the acidity (which is a lot) and the sugars. And then you have to give it time. Ok, ready-to-drink wines are easy and lean, fragrant and immediate. But when the concentration, minerality and acidity begin to be excellent and push on the palate, thoughtful aging is required. In fact, many are also experimenting with long refinements in barriques or with versions of Falanghina Spumante or with incredibly velvety and elegant sweet raisins. Once again, thanks to acidity: with all this vitality, with this thickness you can make any type of wine: sparkling, sweet, as a fish appetizer or the great white wine to be left in the cellar for ten years. Not to mention that the volcanic soils give a crazy minerality to this wine: both in the Taburno and the Campi Flegrei.

History of the Falanghina grape

Campania Felix was the most famous area in Roman times, the mythical place where Falernum was thought to be produced. But we still have to go back in time because Falanghina and Aglianico are thought to have arrived in the Phlegraean Fields with the first Greek colonists who founded Magna Grecia. And coincidentally, the Campi Flegrei were among the first colonized areas. The fact that in the province of Caserta Falanghina is known as Falernina and Uva Falerna makes us wonder that it was one of the vines used to produce the greatest wine of antiquity. But only fanciful hypotheses remain because there are no citations, proofs or written documents.

What we do know is that Falanghina is a wine with a great future. For now, the present bodes well, it is a wine on the rise, we hope that tomorrow will become radiant. Its characteristics of finesse and subtlety are unique: the bouquet is enveloping, but clean, crystalline and never intrusive, it is not an aromatic grape, but it knows how to be loved. Pear, apple, wisteria, just hinted aromatic herbs, pepper, cinnamon, nutmeg, broom and flowers to no end. The notes of flint and talc are also typical but often come from soils rich in minerals and lava basalt.

On the palate, the Falanghina has a remarkable acidic and mineral personality, broad and dense gustatory texture, returns of pepper, and slightly smoky, almost peaty in the finish.

We have said a graceful and fine wine, but do not think it is light, since the alcohol content reaches 14 degrees easily. Let’s say that it is the perception of the palate that is delicate and never overbearing. It is not a fat or heavy wine, but tense and vibrant.

Production area of ​​Falanghina: a vine with two faces 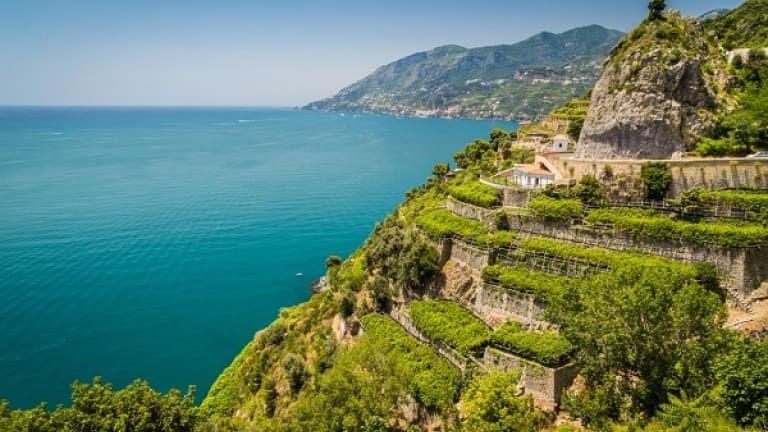 Not many know it, but the Falanghina vine has two distinct biotypes, which have been threatened in separate areas, not only by stylistic but also by geological characteristics. The oldest is the Falanghina flegrea, typical of Naples and Caserta, the one cultivated for millennia in the Campi Flegrei north of Naples and we find it pure in the DOC Falerno del Massico Bianco, Galluccio Bianco and Campi Flegrei Falanghina, while it is blended in the DOC Campi Flegrei Bianco, Amalfi Coast White, Capri Bianco, Sorrento Peninsula White and Lacryma Christi del Vesuvio Bianco.

The other Falanghina is the Benevento, more structured as a wine, always acidic and elegant, but more substantial, thanks also to the volcanic soils of the Taburno. In any case, both the Benevento and the others come from Flegrea, which is the progenitor. We find it in the DOC Guardia Sanframondi, Guardiolo, Taburno, Solopaca, Sannio, Sant’Agata dei Goti.

Another area to explore for Falanghina and all whites is the Amalfi Coast, where great white wines are often produced with blends between Falanghina and Biancolella, as the Furore Marisa Cuomo winery has shown us for years. The Amalfi Coast Furore Bianco is a splendid wine for its depth and elegance. There are no volcanoes, but the sea has an incredible influence, making the grapes salty and full of marine shades.

The average price of a good Falanghina is 12-15 euros.

The simpler and more immediate wines are excellent with fish, sushi, seafood appetizers, fish carbonara, bottarga in general, cold cuts and fresh cheeses with pinzimonio. The more structured bottles are to be combined with grilled fish, salmon with honey, carbonara, amatriciana.