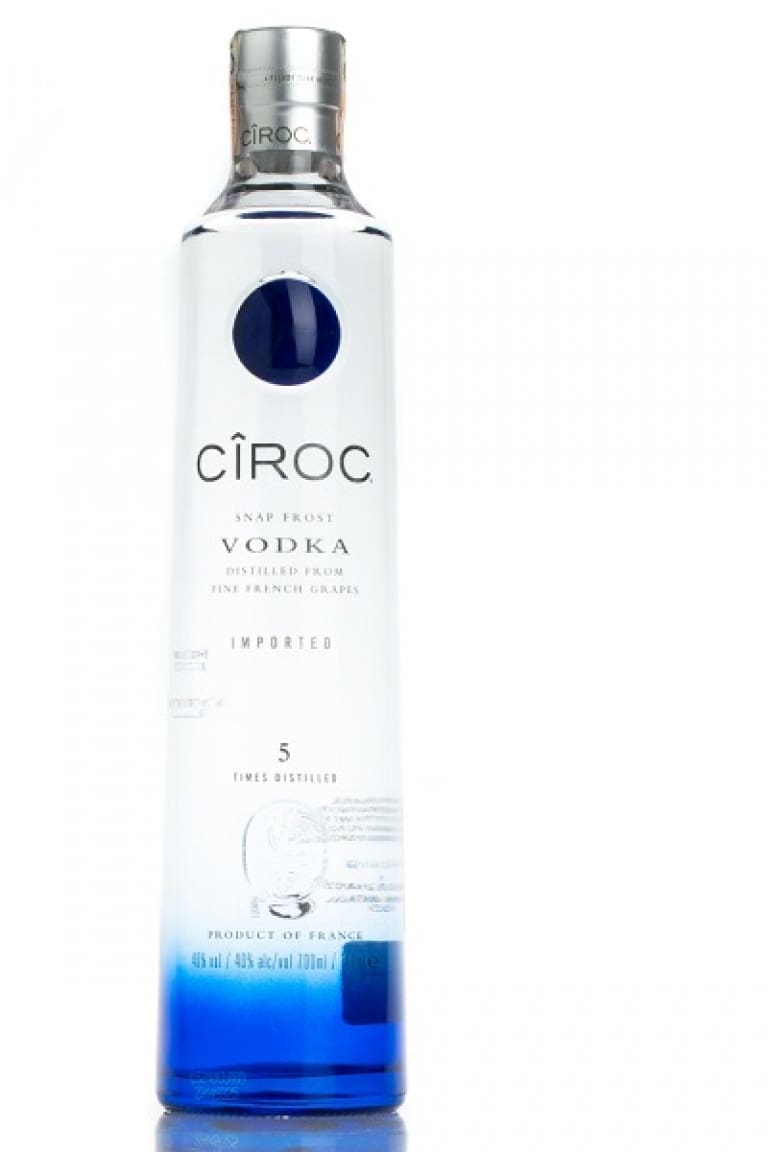 The Vodka Ciroc Ultra-Premium is a very pleasant distillate, with a velvety taste, good heat, centered balance and since we are there we can say that it is not the usual dull water.

It is not that it is a distillate to be crazy about, but certainly, in the so glamorous but inconsistent panorama of today’s vodkas, it manages to rise to offer a minimum of flavor and thickness and also scents in abundance. But as we have already said in the reviews of the other vodkas, what is important is not the smooth tasting, which we leave to the woodcutters of the tundra, but the value for money and the ability to amaze and be consistent in the ancient art of making cocktails.

There is actually a trick, this Ciroc Ultra-Premium Vodka is not produced starting from the distillation of a fermented must of potatoes, wheat or cereals, but from the distillation of fermented grapes. Specifically, grapes of Mauzac Blanc and Ugni Blanc, the mistreated Trebbiano Romagnolo that we revile so much in Italy. And coincidentally, the distillery that produces it is French and is called Chevanceaux and was bought by Diageo. In Italy, on the other hand, we produce grape brandy and nobody cares about them, although there are excellent products. On the contrary, the French have been very attentive to the brand, to communication and have hit the mark. Instead, do you know how many people outside Italy know grape distillate? Someone knows the distillates of Capovilla because he is a unique genius, but otherwise, the grape brandy experiment is still in the embryonic stage.

In any case, the legal definition of vodka is “distilled, transparent, free of odors and flavors” and it is possible to make it with any type of fermentable sugar. Little grapes or potatoes change.

How Ciroc Ultra-Premium Vodka is made

It starts from a fermented grape must and is distilled through alembic five times.

The bouquet of Ciroc Ultra-Premium Vodka

On the gustatory level, however, it changes a lot because the Vodka Cîroc Ultra-Premium has the charm of a good grappa, the floral aromas emerge clearly, almonds and hints of pear and apple, pepper finish. She’s not an aroma fireworks bomb, but she’s also not shy like a Russian matron.

The flavor of Ciroc Ultra-Premium Vodka

Tense mouth inlaid with pepper, bell pepper and almond. Mild aromatic flavors of fruit such as plum. Nothing fancy, but enjoyable.

What cocktails to make with Ciroc Ultra-Premium Vodka

It is quite flexible, use it for any cocktail to give body and warmth. It is sure to give its best with more complex and fruit-filled cocktails such as Sex on the Beach, Bloody Mary and Kamikaze.

30 euros: not given as a gift for being a simple vodka. But the slight expressiveness justifies an unpopular price. If we compare it with similar products such as Gray Goose and Belvedere the cost is the same and therefore it is more a problem of the category not of the single ones. Honestly, it is difficult to recommend it if you only have to make cocktails.