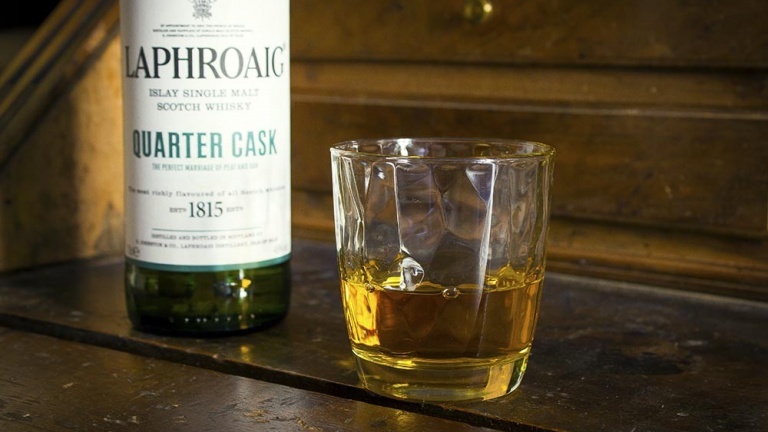 Laphroaig is one of 8 whiskies produced on the island of Islay, one of those with the most marine and peaty flavor, a strong and herbaceous whiskey, very smooth and refined, carved with great elegance, but that certainly does not hide behind a vanilla curtain.

Indeed, its appeal focuses on intriguing marine and smoky nuances that alternate themselves to create a dark and mysterious fresco: imagine a romantic painting of a beach illuminated by the moon’s cold light with the wind howling over the waves.

It seems a bit gloomy said in that way, but the Laphroaig quarter cask is poetry in a bottle, a masterpiece. It is the total package: character, alcoholic thickness and variety, a crisp, peppery mouth with impressive mineral development, elegant aromas, and outstanding balance.

Comparing two other great Islay whiskies is a middle ground between Ardbeg and Lagavulin 16: less spicy (sweet spices, of course) than Lagavulin and less peaty than Ardbeg. 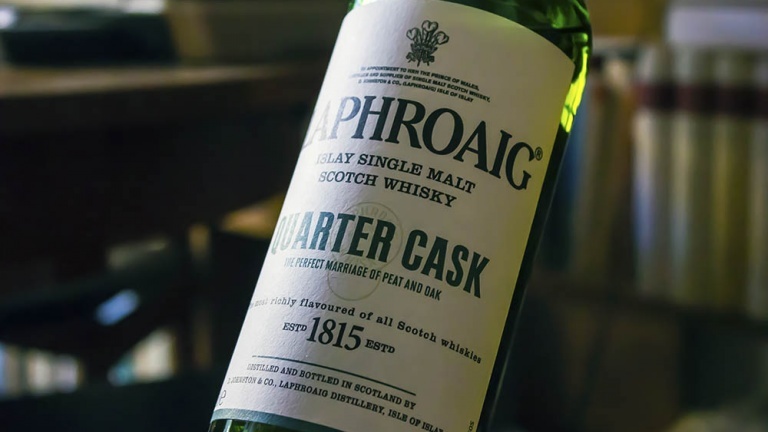 Of course, they are different products. We don’t make whisky power rankings or rickety comparisons, but considering the equivalent cost of the three, we can make just some simple considerations, and Laphroaig comes out as an excellent compromise between the two.

You will find the word “quarter cask” on the label: practically, aging doesn’t occur in the traditional barrels of 250 liters but smaller barrels of 125 liters. And this leads to greater and faster oxygenation, which translates into a more rapid maturation with a lower alcohol loss. The body remains while the aromatic development is shorter: quite simple.

The nose is lovely. After a first peaty assault, it opens up with a thousand shades of alpine grasses, moss, seaweed, dates, peaches in syrup, and brackish recalls.

Everything is deliciously mixed in an aromatic, natural, and clean symphony, with only minor and not overpowering spicy scents. There is no trace of cinnamon or vanilla. We could say this whisky can convey all its territoriality without giving up to a seducing peaty touch.

What does Laphroaig Quarter Cask Single Malt Whisky taste like? 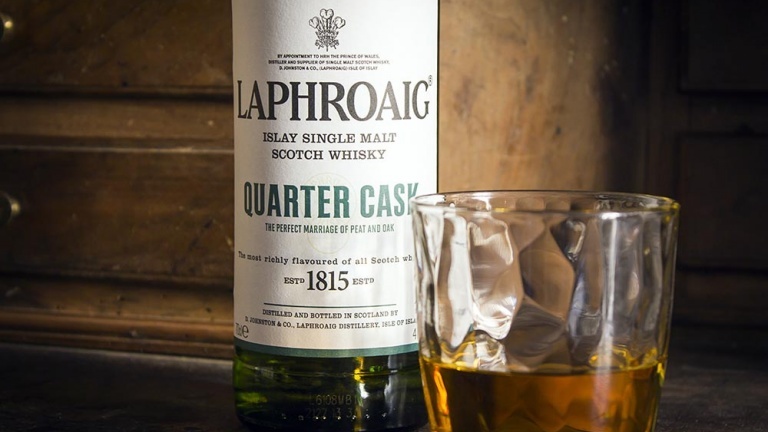 On the palate is savory and peppery, with a smooth and bright alcoholic rhythm. You can almost touch a myriad of layers composed of herbs, ripe fruit, and roundness in the proper sequence. Outstanding balance between salinity and smoky flavors. The finish is clean and fades away into baked pears. Remarkable persistence.

Quite simply: it’s a great whisky forged by the wild call of the sea of Scotland.