Pisco: All You Need To Know About The Legendary Peruvian (And Chilean) Brandy 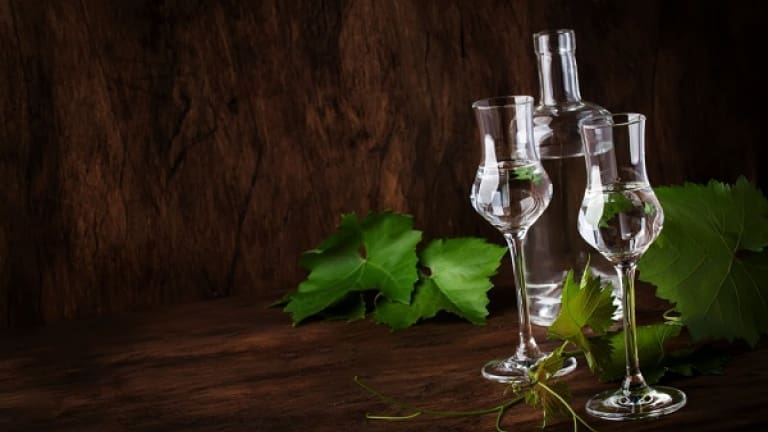 Pisco is the Peruvian brandy produced from the distillation of wine, the official drink of Peru and Chile, as well as a fundamental ingredient of an iconic cocktail such as Pisco Sour. If we want to summarize brutally, we can say that Pisco is the Peruvian brandy, but putting it in these terms would be reductive and technically wrong. True, the Peruvians were inspired by French brandy and replicated the process, but the result, the care, and refinement are very different.

In fact, the pisco ages for three months in glass or steel to find balance, but it is not marked by the aging in wood, a fundamental step for brandy production. It, therefore, does not absorb tannins, flavors, or aromas and does not evaporate, which is why it keeps all its aromatic exuberance intact. In other words, there is no help from wood and oxidation.

The distillate must come out perfect and already formed, and this is a test of fire that few dare to face, given that now for many distillates, the wood is a fundamental ingredient. Just think how important a barrel is for the 16 years of aging of many single malt whiskeys or the burnt barrels for Bourbon.

And for this, we can only speak of terroir, of incredible typicality of Pisco, so much so that it is a distillate protected by a DO, designation of origin. But above all, we can talk about tradition, maniacal care, and territoriality for Pisco and not about a simple distillate of fermented grape juice. First of all, in Peru, the Pisco must be produced only with a copper pot still.

Yes, exactly. The discontinuous copper alembic that distills slowly, for days, not industrially, is the same used by the best English distilleries, and therefore you will never find industrial distillates.

Like mezcal for the Mexicans, the Pisco is entrusted to artisanal productions and small family-run distilleries.

We talked about Peruvian Pisco because the disciplinary is much more stringent and regulated by strict principles. But we also find it in Chile, where the distillation is not so rigorous, and much more freedom is left to the distilleries. Suffice it to say that the production of Chilean Pisco is three times greater in quantity but certainly not in quality.

History of Pisco: who invented it?

Let’s immediately dispel the first myth, namely the origin of the Pisco. Peru and Chile have been contending for the authorship of Pisco for centuries, but it is now established that the first production and therefore also the name, vegan from the ancient Peruvian city of Pisco, where a renowned brandy was produced.

The city of Pisco, a coastal town in the state of Pisco, in the valley where the Pisco river flows, was a fundamental commercial hub for trade and the production of agricultural products, but above all for the marketing of wine and its famous brandy. And it is here that, in 1764, we find the Aguardiente of Pisco mentioned for the first time.

Some theories want the name to also come from the piscos, the terracotta pots in which the aguardiente was stored and still used today to produce the distillate. However, it is undeniable that the epicenter of this phenomenon is the city of Pisco, a veritable paradise of Peruvian viticulture.

How is Pisco produced in Peru?

Peruvian Pisco as it is done, copper alembic for the production of Pisco And after this historical excursus, let’s go back to the distillate and see how it is produced.

It starts from the grapes harvested and vinified to obtain the wine, the alcoholic base. Base that will be placed in a boiler, heated in a water bath, which will favor the evaporation of alcohol when it reaches 75 degrees centigrade. The water will remain in the boiler while the vapors will rise in a condenser, a coil cooled with water to return to the liquid state. And this is the first distillation, followed by the second, even more important, where the master distiller aims to choose which ones to keep, the heart of the distillate, and which ones to discard, i.e., heads and tails. The heads (aldehydes, sulfur dioxide, and methyl alcohol) are lighter and pungent. The heads, on the contrary, are oily and heavy. Without depriving the distillate of fundamental perfumes, finding the right balance is art, creation in its pure state.

After the distillation, the Pisco is left to rest for three months in containers made of substances that do not alter the distillate, such as steel, glass, or cement. And then it is bottled as it is, without being diluted with water or soiled with dyes. More unique than rare in the world of spirits.

The process is similar, and we must admit that many Chilean distilleries are artisanal and produce well and with care, slowly, without resorting to coarse distillations, but there are no guarantees to regulate, so the quality fluctuates. They are indeed making progress: the government has forced each distillery to grow the grapes they will use to make wine for the distillate.

Types of Pisco and its classification in Peru

We have to distinguish between the various types of Pisco. It all depends on the raw material, i.e., if the vines are aromatic or not and used alone or in a blend.

Pisco puro is the name of Pisco produced from a single grape variety, therefore in mono-varietal, which must not be aromatic.

Pisco Aromático: as you can easily guess, it is made with wine produced from aromatic grape varieties such as Albilla, Moscatel, Torontel, or the famous (at least in Peru) grape Italia.

Mosto Verde (Green Must): the most particular and dense Pisco, produced starting from a wine in which the fermentation has been interrupted and therefore there is still some sugar.

Pisco Acholado: a distillate produced with wine made with a mixture of aromatic and non-aromatic grape varieties.

In Peru, Pisco can only be produced in five historic, protected areas of the DO, established by the government in 1991: Arequipa, Ica, Lima, Moquegua, and in the valleys of Locumba Locumba, Sama, and Caplina of Tacna.

In Chile, the production of this aguardiente is limited to only two areas: Atacama and Coquimbo.

The Pisco sour is the welcome drink that they will offer you to welcome you, but you should try another great cocktail like the Pisco Punch, which is very aromatic and fruity. If you like dry, sparkling cocktails, the Chilcano cocktail is another great drink.