The importance of Fire, praise of the Barbecue 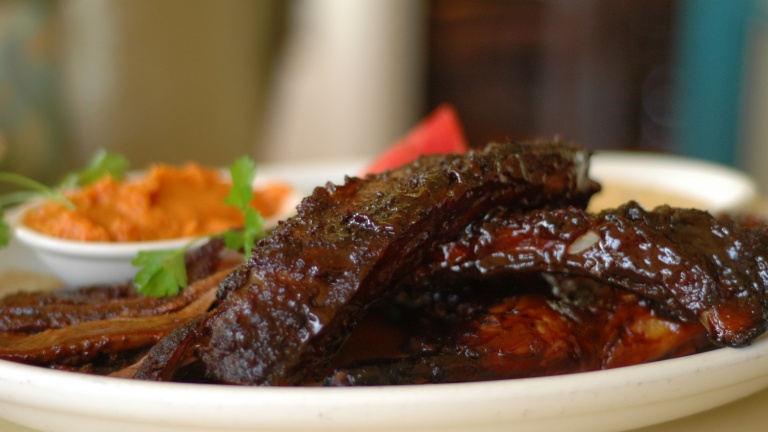 Preheat your grill, because today we are going to talk about Barbecue. The very idea of an open fire to roast the meat on is the foundation of civilization, a collective ritual common to every people, which represents not only an improvement but the first spark to the creation of human society. First, a clarification: barbecue, pits and smokers, spits, kebabs, gyros, Asado, ovens with a build-in flamethrower, baking under the ashes or on Himalayan stones, clearly are not the same thing but are part of the same phenomenon, which for simplicity we will call BBQ. The methods are different even if the philosophy remains the same: meat, fishes and cheeses are massaged by the slow, sweet heat coming from embers, but let’s not forget about the smoke, another key ingredient of the process. So be careful when choosing the wood: oak for lamb, chestnut for the beef, pine/spruce for the fish, try to exploit every single fragrance as it was a condiment. 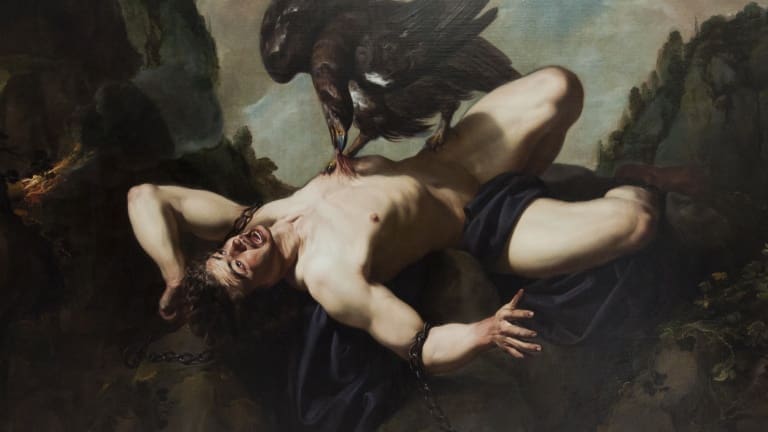 It’s not a coincidence that the ancient Greeks entrusted to Prometheus, a Titan, the task of stealing the fire from Zeus and gave it to men, so they could start cooking, keeping themselves warm and defended against wild beasts, melting the first metals, while before man was limited to use accidental fires from bolts of lightning. And the fact that Zeus is the god who expresses his anger through the lightning makes us understand where this myth has been originated, although it is not of much consolation for the good Prometheus, who was condemned to remain forever chained to a rock, alone with an eagle that once a day was sent by Zeus to devour his liver, which after was regenerated for the next meal. 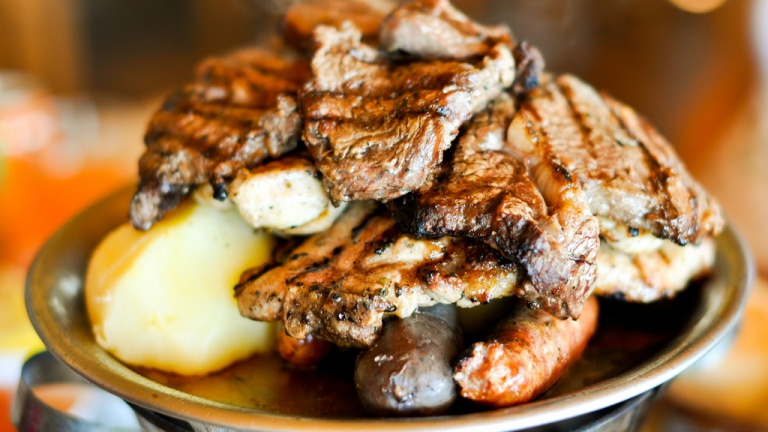 But let’s back to the juicy stuff. Cooking the meat allowed man to improve his diet: proteins were more digestible, nutritious and hygienically safe, less perishable, could be more easily consumed by the group, who thus was able to create a warm and well-protected home. Anthropologists estimate that the discovery of fire coincides with a huge increase in brain mass, thanks to higher quality food, and a teeth and jaw’s change—they didn’t need anymore so sharp canine for tearing flesh from those juicy mammoth ribs—although, after all, what interests us today is not the story itself, but rather to understand why at a distance of thousands of years we continue to perpetuate the ritual of the barbecue.

And the answer is simple: food is just a symbol, what we want is to share all the important moments of our life with our friends and family, trying to fight the wild memory of a time when everything was dark. Once upon a time Greeks and Jews, to celebrate the most solemn commemorations, sacrificed a calf or a bull or a ram at the stake, which had to burn completely for all the night, and this particular sacrifice was called Holocaust, a word then passed into history with a far more terrible significance.

Today we are celebrating in a different way, but still to commemorate fundamental anniversaries, and with few simple ingredients we can repeat the magic: wood, a grill, meat, good company and of course wine. But which wine? This is the question, because every state, every region, every family has its own traditional pairings.

For a T-bone steak? A powerful Cabernet Sauvignon from Napa Valley’s boutique winery is the right answer.

Skewers of mutton (arrosticini)? A rustic bottle of Montepulciano d’Abruzzo of course or a more subtle Villa Gemma from Masciarelli winery?

Speaking about Patagonian lamb chops? A velvety Carmenere from Colchagua Valley is the chosen one.

Do you have some well-spiced Souvlaki seasoned with some tzatziki sauce? Be seduced by Xinomavro!

Are going to eat a Sardinian Porceddu, a deliciously crunchy, tender as a cloud, roasted suckling pig? Cannonau, also known as Grenache, is the perfect pairing.

As you can see, the possibilities are endless, so why shall we not indulge in a worldwide wine tour, let’s explore every single grape variety: even dark beers, like those made of chestnuts or the Indian Pale Ale can provide unexpected (caramelized) solutions for the hottest sausages/BBQ sauces like those from Louisiana or Kansas City.