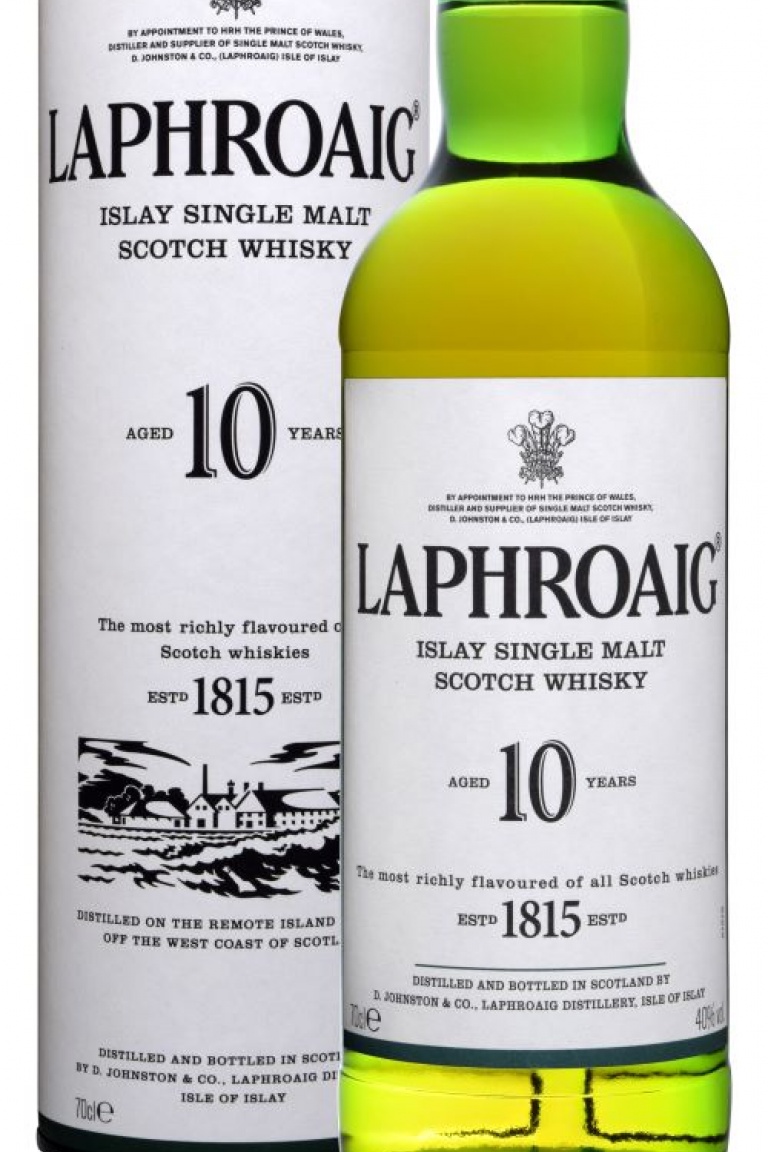 The Laphroaig 10-year-old Islay Single Malt Scotch Whisky is a bully from Islay, a salty, smoked and very dry and cheeky distillate that does not look at anyone and punches you in the face with absurd whiffs of peat. This does not mean that it is a rude distillate, on the contrary, it is designed with great precision and the transition from salt to smoke and medicinal and herbaceous tones are helped by woody flavors and aromas of a certain elegance that enhance the biscuit roundness of the malt. But be warned: it is not a single malt for novices or for those who love Macallan or Glenfarclas style oxidized sherry bombs. This is quite the opposite. It is a sea creature that gallops indomitable, with a good depth, considering the very cheap price, but also great contrasts, so if you don’t have the palate educated to the Islay distillate, better start from something more approachable.

If, on the other hand, you love peaty, ethereal and marine whiskeys, then this 10-year-old Laphroaig is a candidate as a good entry-level product, under 40 euros, for cleanliness and taste. It’s not pyrotechnic, but it has that simple, clean, spartan appeal that makes you appreciate the aggressive Laphroaig style.

How Laphroaig 10-year-old Whisky is produced

Of course, the problem, said as it must be said, of this dram is its green roughness, it has no filters, it is not very velvety and it goes straight on its way. If you like the style well, otherwise it does nothing to wink. Even the herbaceous tones are quite sharp, but this too is typical of this distillery, everything in the production is done to enhance the sharp and ethereal notes: part of the malting (about 20%) done at home, the long fermentation of at least three days that develops lactobacilli, the fact that fewer tails are discarded. The distillation is double, the aging in barrels takes place in ex-bourbon barrels to make the fruit sunnier and less hot and then it is bottled at 40 degrees alcohol. After all, we are talking about an entry-level dram, which sells for 35 euros, so you can’t expect a masterpiece.

The nose is furious, studded with salt crystals to which a dense mist of peat courts. The malt takes on green aromas of apple and pear, do not expect glimpses of honey decadence, but vanilla, spices, pepper, tones of wax and oil lamp and many scents of the sea. There is a thread of oxidation, but it is very hidden by the tide of iodine.

On the palate it attacks you with savory grit, the flavor starts very woody, tannic in the air, but then it relaxes and the sea, herbs, medicinal tones almost musty and that pungent taste of gum and lacquer that only Laphroaig can so skillfully emerge again. to bottle. The structure is good, the heat caresses the palate with a never too abrasive roughness, but moves well-articulated, never overwhelmed by alcohol. It does not have great depth, on the contrary, it focuses on the notes imposed by the distillery score, but it does it well, without frills and you know well this is the recipe and it does not change, although it has lost a bit of charisma over the years. last few years, allowing himself a little more softness. Woody and vanilla finish with good persistence.

Drink it straight, strictly without ice, but with cold water on the side. If you want to bring out the most delicate scents of flowers, add a spoonful of water, but in terms of alcohol level, you don’t feel the need.

30-33 euros: the price is really cheap and well proportioned to the decent quality of a clean whisky.