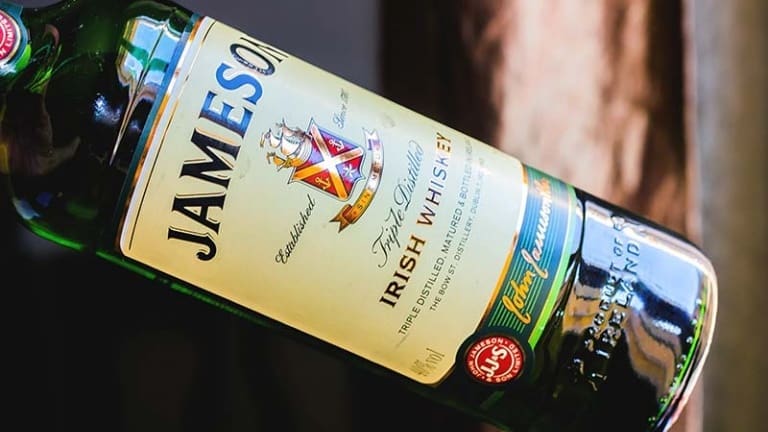 Jameson Irish Whiskey Ireland was founded way back in 1780 and since then has been making Irish whiskeys. Practically is the face of Irish whiskey globally, with 20 million bottles sold, so we felt compelled to taste their best-selling product, Jameson whiskey, a bottle that you will surely have seen around.

In 1998 the distillery was bought by Pernod Ricard.

The motto of Jameson whiskey is “Love and drink me at all costs!”. There are no highs, no peaks, and no gaps in this whiskey either. What it lacks is character: let’s face it, it is an industrial product that focuses entirely on softness roundness, not moving away from sufficiency in the least.

It is a choice not only stylistic but also commercial. This Irish comes from a triple distillation from an oat and malt base and is then aged in barrels already used for Bourbon and sherry. It is not so much the depth or purity of the sip that is sought as the pleasure. However, it must be admitted that it is never dull or banal as a distillate. Of course, the vanilla and spicy notes are dominant and heavily mark the whole aromatic development of the distillate.

If it is a bit faint and not very vigorous in the mouth, there is no lack of herbaceous and floral notes to make it more varied. Consider that this Jameson whiskey is the entry-level product, the simplest distillate, and you know that Irish whiskey focuses a lot on cleanliness and roundness.

So is this Jameson whiskey good or not?

Almost. It is acceptable, especially if you consider the affordable price at which it is sold, around 15 euros. Of course, its thickness, structure, and aroma are bland, even for a son of Ireland, a land that does not produce alcoholic bombs by principle and tradition. On the contrary.

Slightly pungent nose, spicy with walnuts, peaches in syrup, hazelnuts, alpine herbs in the distance, caramel, cinnamon, mace and wisteria and tons of vanilla. No peat, no smokiness. But if it is true that it is a clean nose, it is not very exciting. Finish with traces of pepper and that’s it.

Nothing exceptional, but everything is declined correctly. It is not that it lacks variety. It is as if it had been weakened. The DNA is there, but it is a little washed out….

The heat is not excessive and once again, drinkability is preferred. Traces of pepper, almonds and yellow fruit in syrup. Final of flowers, mint and flowers. Not very punchy, yet clean and crystalline in its simplicity. Not very pronounced persistence.

If it sells 20 million bottles, there must be a reason. The product is not the end of the world. It does not have many ideas, it is very vanilla and tame, but technically there is nothing to complain about.