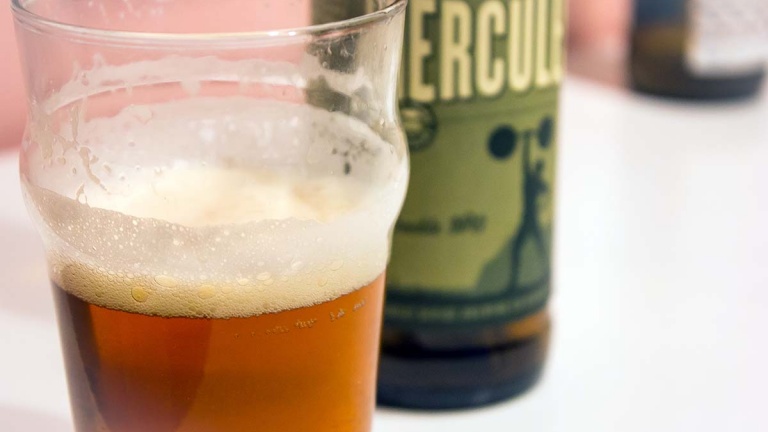 The double IPA Hercules, produce by the Great Divide brewery, is simply fabulous. It is not a simple or mainstream beer, the consistency and the impetuosity of the bitter flavors are predominant, yet in this kaleidoscope of flavors and scents, you can perceive thousands of suggestions.

Do not believe it’s a monothematic or repetitive beer. Indeed, we can find a sweet background and exalting malted tones (nuts, caramel, and honey) that counteract the bitter flavors.

It’s not simply a super bitter double IPA, it’s a melody, played on a well-defined theme, but with grace and elegance, to reach peaks where only a few beers dare.

Hercules is a double IPA that every enthusiast of beers should try, it is histrionic, sumptuous and funambolesque, but offers a bold and well-delineated fresco, never surrendering to imperfections.

The nose is extroverted with terrific flavors of licorice, coffee, chocolate, balanced by peaches, vanilla, and freshly baked bread; but it is the consistency of the malt that leaves astonished. Pure elegance with well-calibrated spicy touches and an echo of honey and broom, with a creamy foam in which it is a pleasure to immerse your lips.

What does the Hercules double IPA beer taste like? 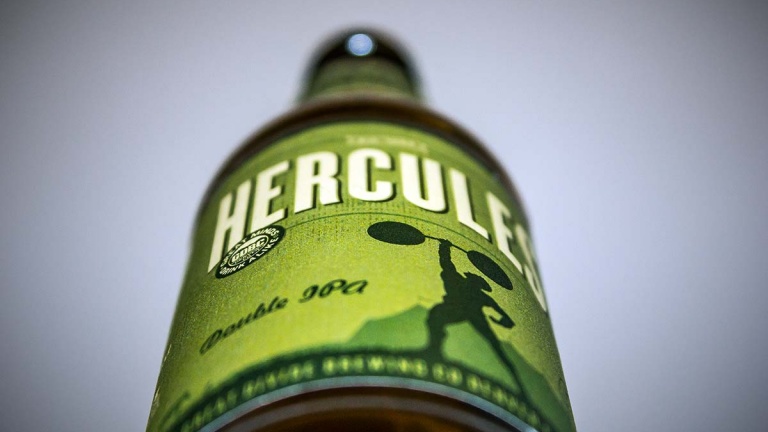 On the palate is structured and ambitious with a ubiquitous bitterness married to a wonderful sweetness. Think about licorice and alpine flowers that are covered with maple syrup, but as soon as your mouth is sugar-coated here comes a refreshing river to wash it away and so on and on in a never-ending change of pace.

It tests your palate with a “herculean” body, but it does with style: it’s sophisticated but never too complicated to read(drink) it.

Synthesizing: It’s one of the most exciting beers we’ve been tasting this month, but it’s not immediate. One last thing: pay attention, once you have sipped the double IPA Hercules, it sucks you and takes off in an unstoppable breeze of sensations.