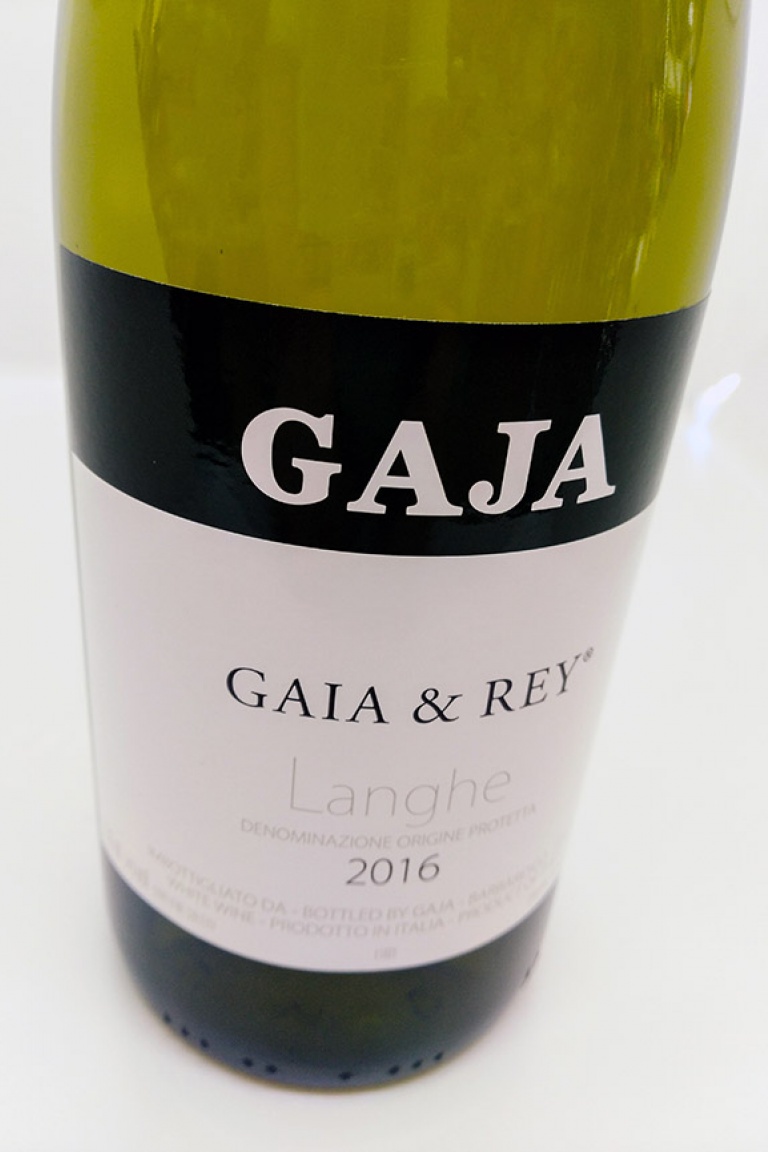 Gaia & Rey 2016 is one of the most famous and well-known Chardonnays in Italy, produced by an iconic winery and always on the wave’s crest as Gaia, the magician of Piedmontese wine. The wine is sumptuous, opulent, one of those Chardonnays that come from great vineyards and are left to rest in barrique until they become one with vanilla, spices, and butter.

And this is its big problem. Thinking today, in 2022, that a great Chardonnay should be doped and pumped excessively, killing any ambition for drinkability, naturalness of sip, and typicality.

Ah, sure, this is a wine to drink in 15 years, when it will have disposed of the wood, when it has become ripe, perhaps, but the fact is that now it is only the wood and a cloying vanilla arrogance to dominate the field. And it’s a shame because precisely like the Alteni di Brassica 2015 that we tasted shortly after, the wine disappoints, has no propulsion, freshness, panache, but folds in on itself and becomes heavy and self-referential, a prisoner of its stylistic code.

Vibrant nose, ripe with yellow fruit, flowers, candied citrus fruits, aromatic herbs, subtlety underneath, but far below, the pulp would like to emerge, but it is castrated by a pour of vanilla, tobacco, and butter. All this smokiness intoxicates the nose.

It is exactly like the nose on the palate: awkward. There is no tension, and you only feel the power.

Too rich, so much so that it does not know which path to take, and so, in the end, it is overwhelmed by the wood.

Freshness cannot escape from a buttery-honeyed short circuit that does not give up and does not leave the wine free to express itself. Okay, it’s a wine made to reach its maturity in 10-15 years, but let’s say that its adolescence is not going very well.

180 euros: a crazy price. We don’t want to be too harsh, some of Gaia’s Nebbiolos are legendary, but producing a wine like that is frankly surprising.

It is violence imposed on the wine. This overbearing aging limits the wine, which loses any semblance of credibility. In a world of wine increasingly oriented toward typicality, the interpretation of the territory, and unique and particular characteristics, this wine appears antiquated due to a stylistic choice that goes beyond any link with its terroir. This Chardonnay wine could have been made in Chile, China, or even Australia and it wouldn’t have made any difference.

Someone will surely like it, the name of the winery is a great reminder, but honestly, it is a purchase that we do not feel we can recommend.